A woman took to Facebook to reveal she’s in love with her ”father,” and that they are married.

The woman with the Facebook username Jimi Meaux shared an old photo of herself and her supposed father taken when she was only a girl. She shared another showing her as a grown woman kissing the same man she claims is her father.

She captioned the photo, “started as father and daughter, ended as husband and wife! Sometimes your soulmate is your parent! #TansformationTuesday #LoveIsLove.” 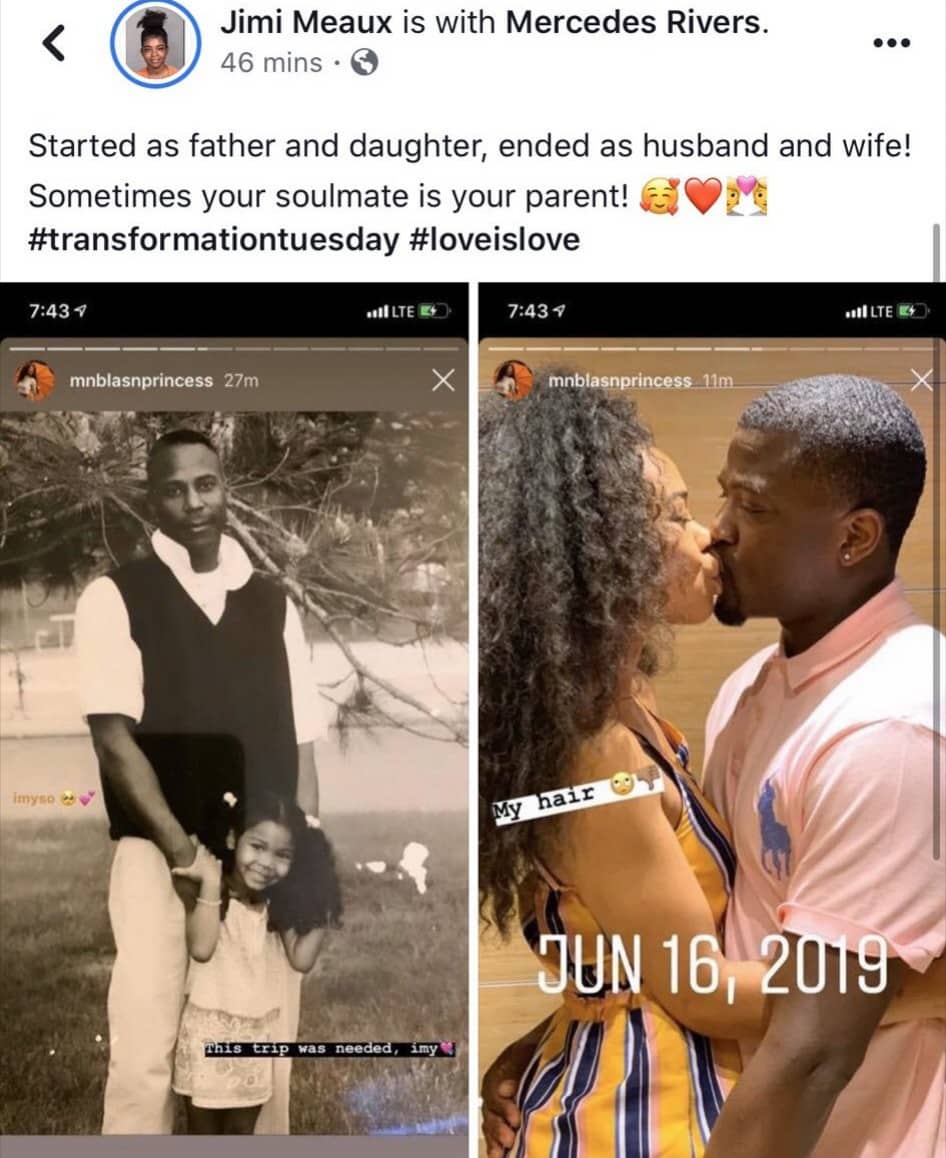 Facebook and Twitter users reacted in shock, accusing them of incest and threatening that the authorities will arrest them because their relationship is illegal.

See some reactions below. 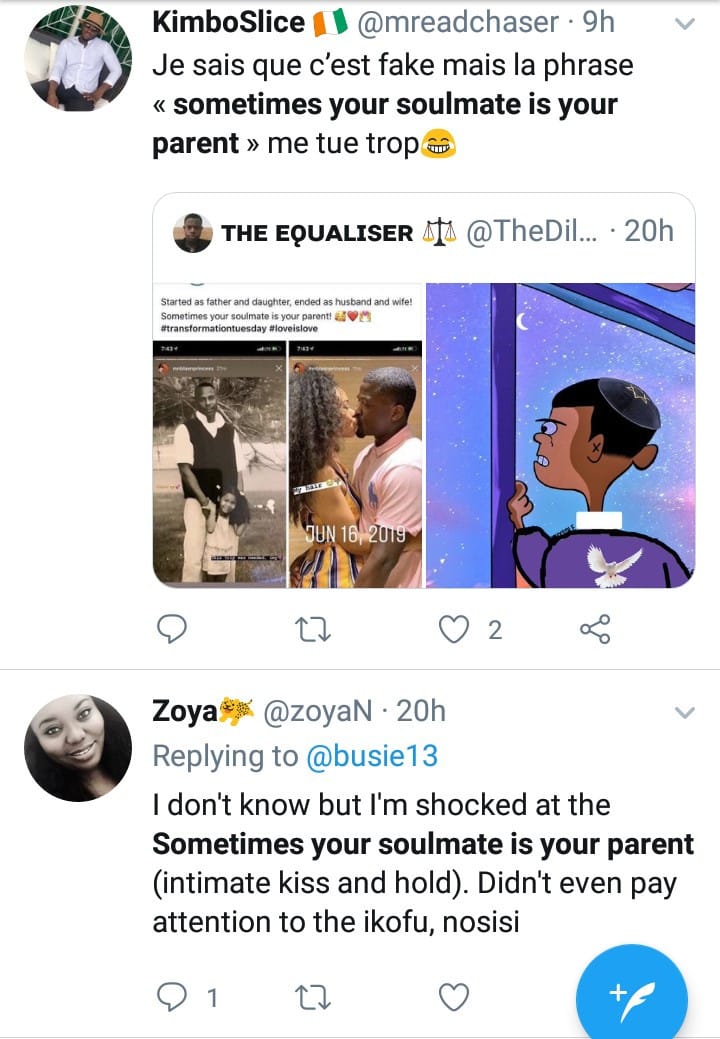 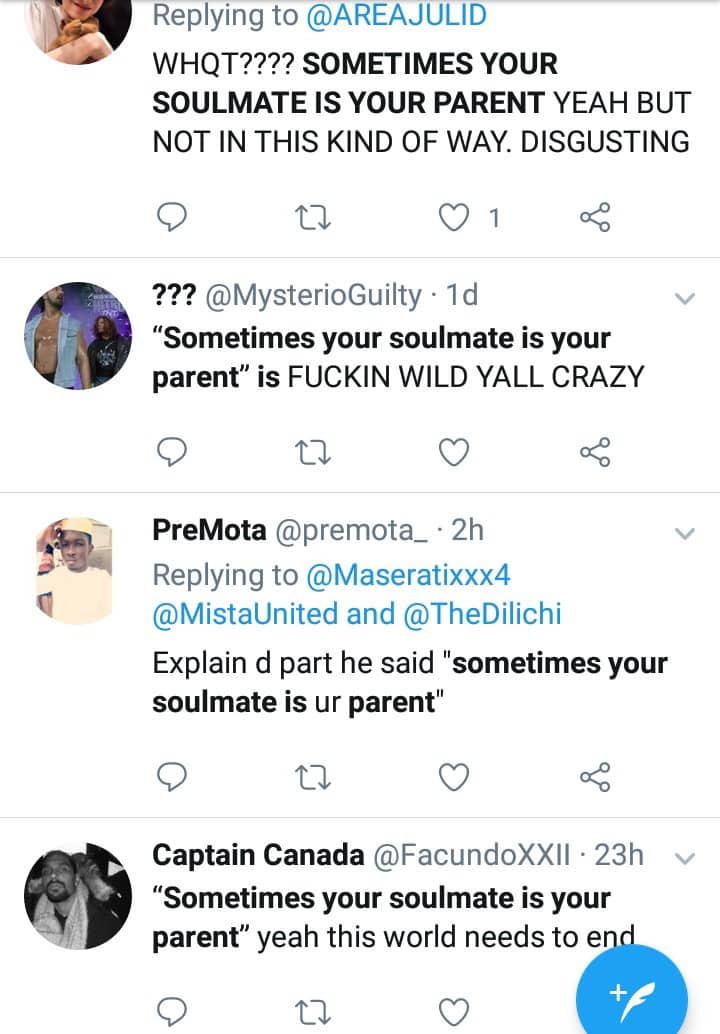 “She likes him” – Reactions as lady confronts her Nigerian neighbour in France, assaults him for sleeping with another woman [Video]

Moment a herbalist sprayed wad of cash on gospel singer, Gozie Okeke, for honouring his invitation to an event [Video]