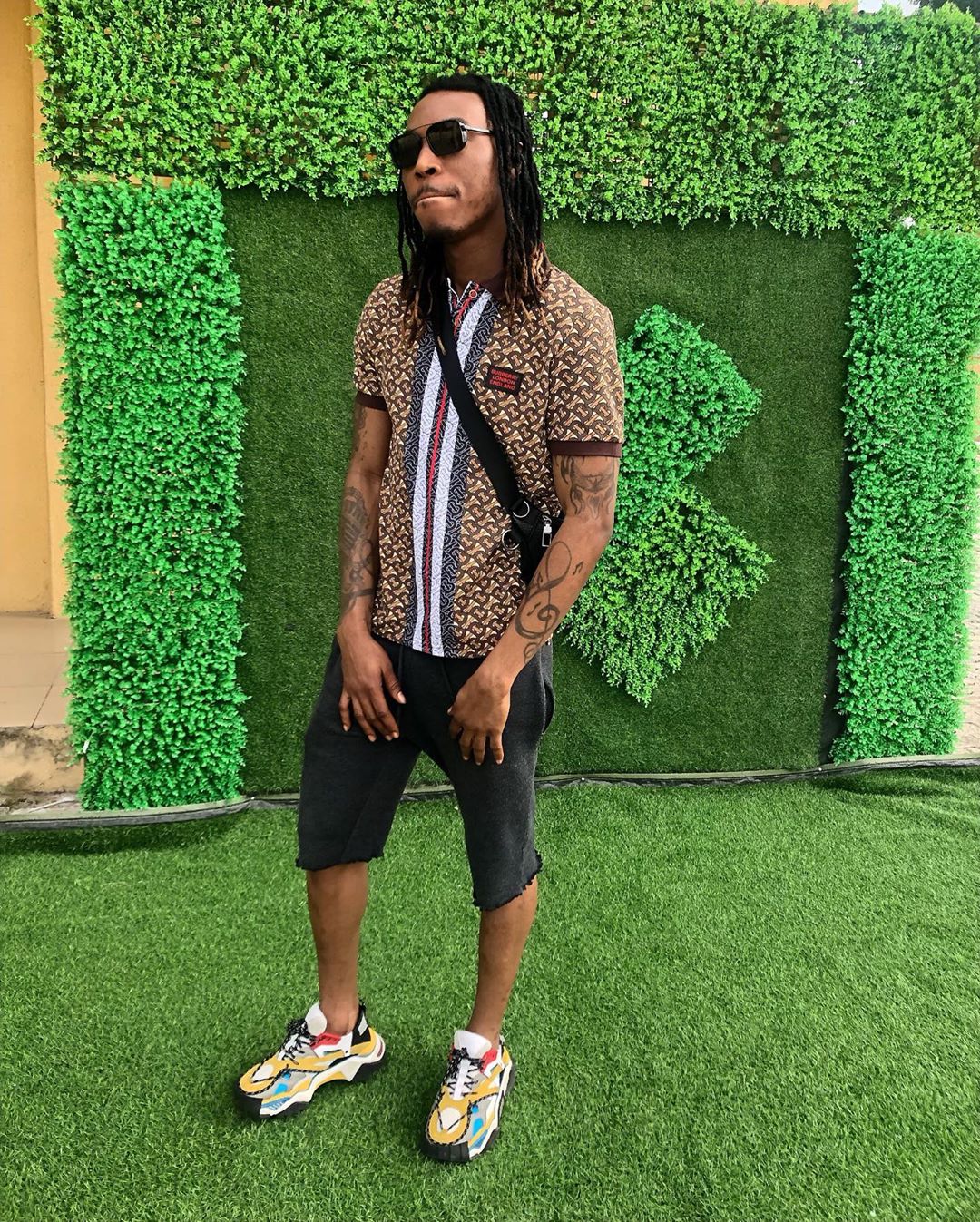 The singer took to his Instagram page to narrate how he almost died after overdosing on drugs. Solidstar revealed that a few days ago he had overdosed on drugs and the incident led to him bleeding.

He said his experience made him realise that there is a thin line between life and death. Solidstar also apologised to all those he hurt.

“There is a thin line between life and death. The incident that happened a few days ago showed how fragile I am by the overdose use of drugs that led to me bleeding in am attempt of a couple thought process. Sincere apologies to whomever i might have hurt ‘but hey love is the sweetest and slowest form of suicide,” he wrote. 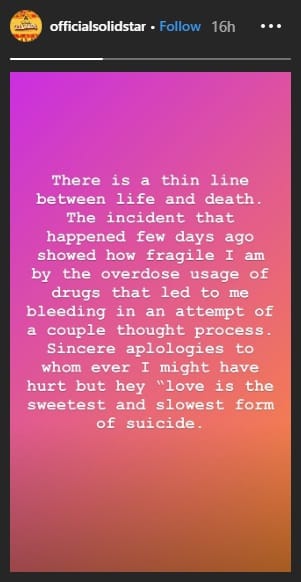