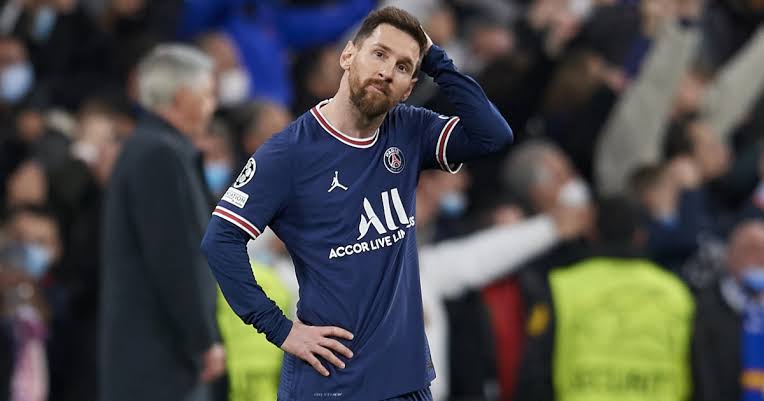 The media manager had utilized the page to retweet football-related issues on the company’s official page; he has retweet a post which was slandering the popular footballer, Lionel Messi.

The Twitter user who related this stated that the individual has begged to get the job and now after his unprofessional conduct, is demanding for people to beg the man who had fired him.

“You begged for job, Dem give you official social media account to handle with manageable salary, after two weeks you begin dey use am retweet Messi slander. 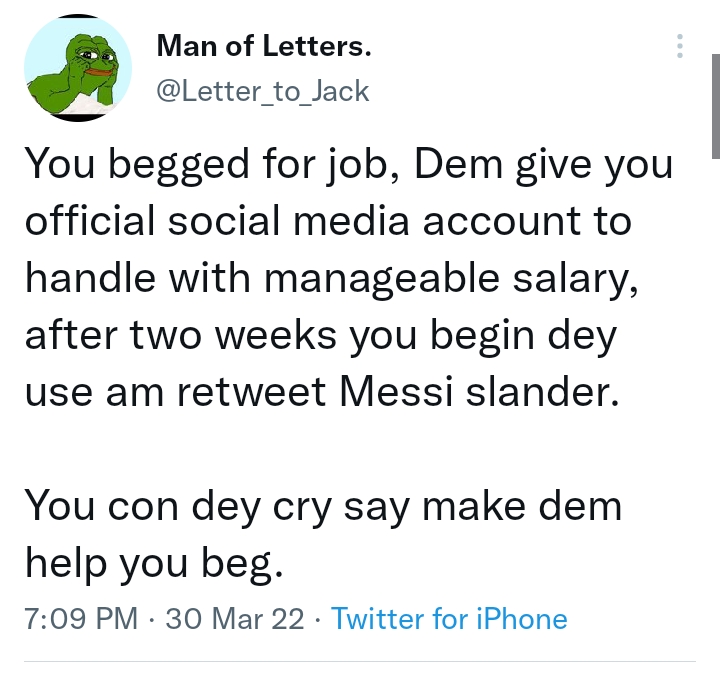