A Twitter user who has an AS genotype has resolved to settle down with a lady who also share the same genotype as him. 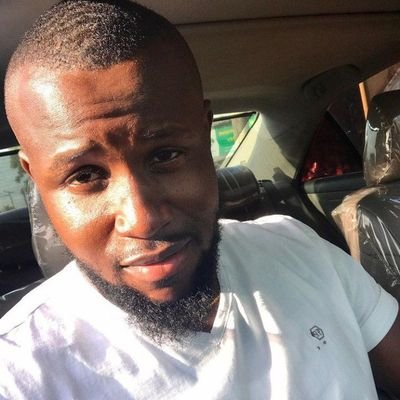 The Twitter user identified with the handle @clarseek_hajji stated that he had met the lady two months ago and that the lady happens to be everything he wants in a woman.

The man has decided to take a leap of faith to settle down with this lady as he hopes that fate would be favorable on their union.

“As an “AS” genotyped individual, after having many failed relationships, I finally met this new babe 2 months ago, we got talking, she happens to be everything I want in my woman but she is AS too, which she is aware of.

With her, I know the fate that brought us togther will make sure things go well in our nearest future.” 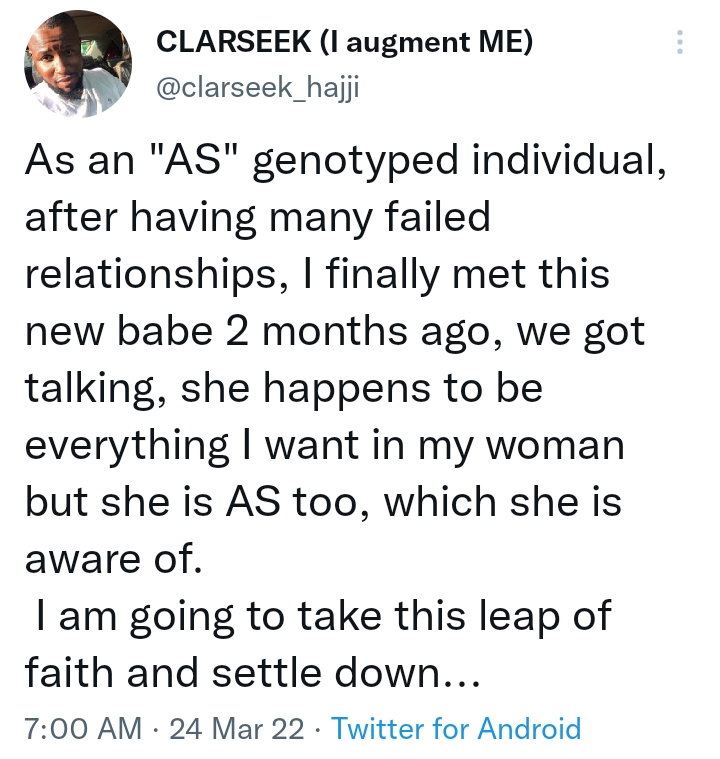 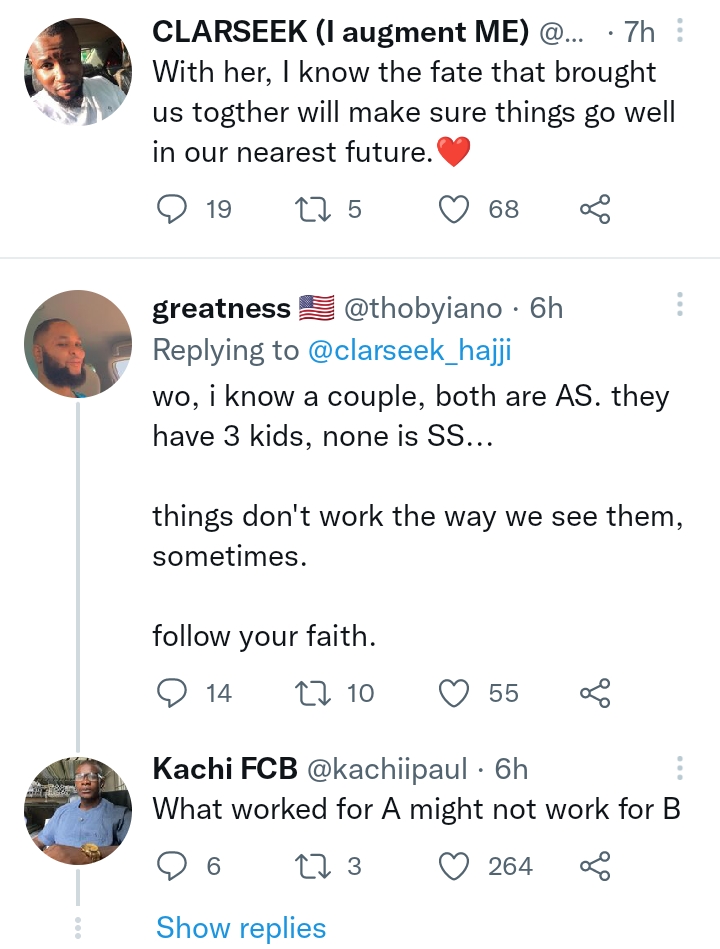