Popular singer, Davido has shared a very funny conversation he had with his four-year-old daughter, Hailey Veronica Adeleke. 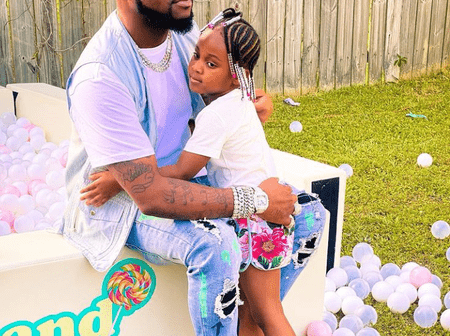 In the conversation that ensued between them, the singer had pleaded that she should call him back. However, Hailey typed words with no meaning.

This has actually triggered Davido that he had to share a screenshot on Instagram with the caption, “Me and my daughter conversation be funny AF”.

In other news, Nollywood actress Dorcas Fapson has fired back at a troll who accused her of having belly fat, thus, body-shaming her.

According to the actress, the troll has skin like that of a snake and he couldn’t even take a proper wash of his skin that had some irritations on them, instead, he had the nerve to body shame her for having fupa.