A mild drama played out on Twitter on Thursday night, December 27, 2019. It was between singer Simi and a Twitter influencer known as Mazi Ibe. 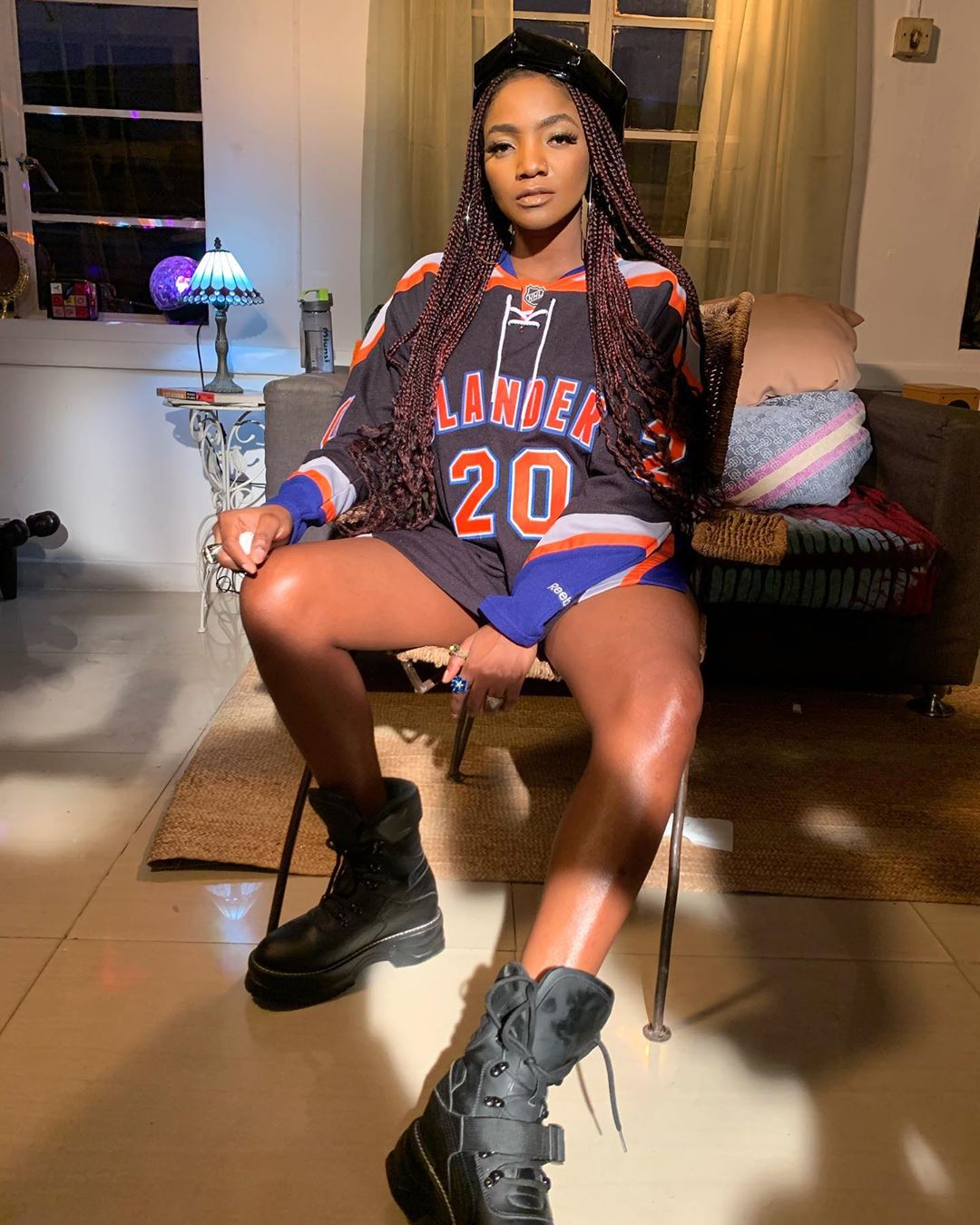 Mazi had tweeted: “Simi and EFCC. The greatest influencers of the year 2019. They gave us Marley”. 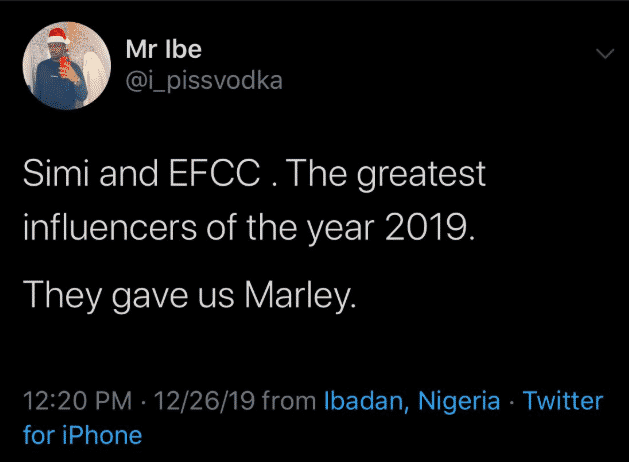 He also retweeted a tweet that reads: “Deep down simi’s heart she for wan turn marlian but let me not talk.”

This didn’t sit well with Simi who tweeted at Mazi, writing:

“And I dare you, @i_pissvodka, to never talk about me again. Unless u’re obsessed or I’m really bringing you that influencer money. Because I’m just a little girl minding my own. Or next time you see me outside, come to me and speak ur mind…”

She added: “Let’s talk woman to child – instead of you sneaking, taking pictures of me, looking for laughs on social media. Big boy, you gawky internet bully, twitter warrior, I dare you to dislike me enough to pretend I don’t exist. So ti gbo.” 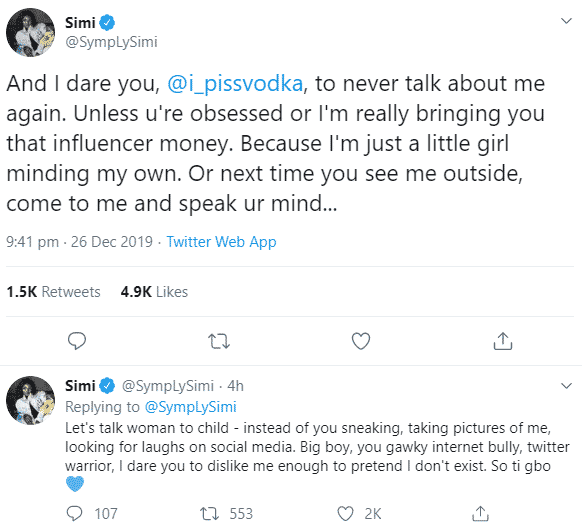 She also tweeted: “And you be careful not to let these cheap social media noisemakers that, honestly, totally and truly have nothing to add to your life take away from it. Use the brain our Lord God gave you. Happy new year in advance.” 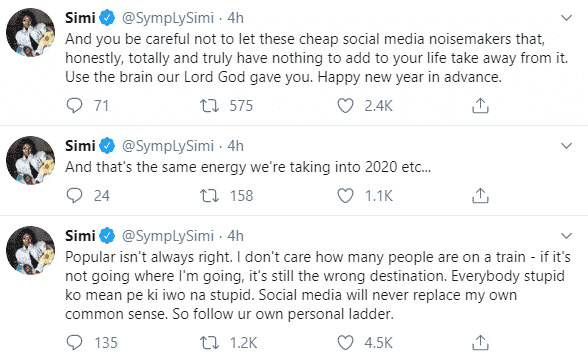 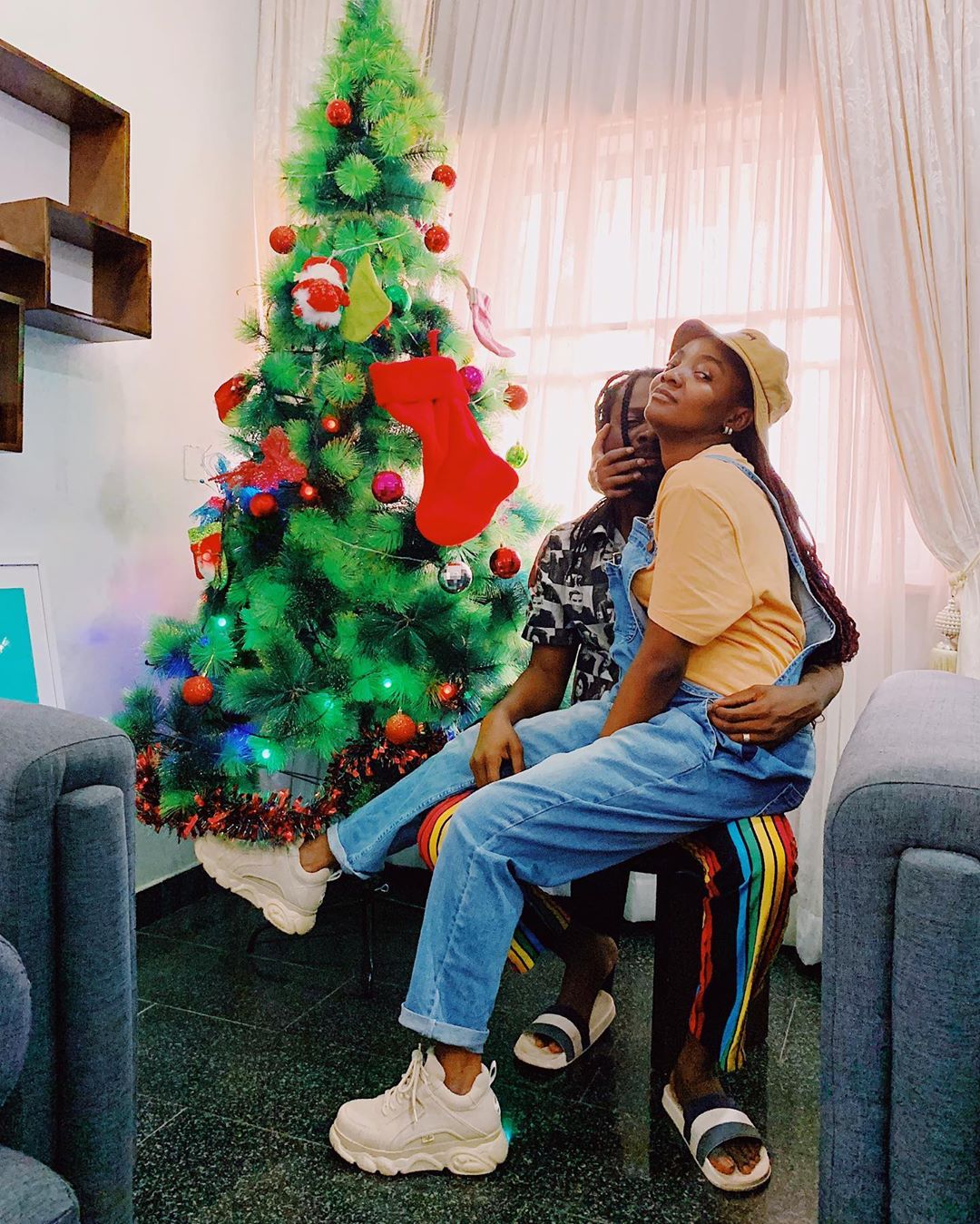 “As you grow older you’d realise how much energy you don’t have for some conversations and people. You just let things slide.”

Mazi later reacted, writing: “Nothing was said out of hate or to bully. I was legit shocked when I saw her tweet & not the link I used to see. Quoted it exactly as it came into my mind. I’m genuinely sorry if offended you @SympLySimi in any way. E ma binu.”

He added: “I don’t understand the sneak and take pictures of you part sha. Either ways, I apologize. E je ebure.” 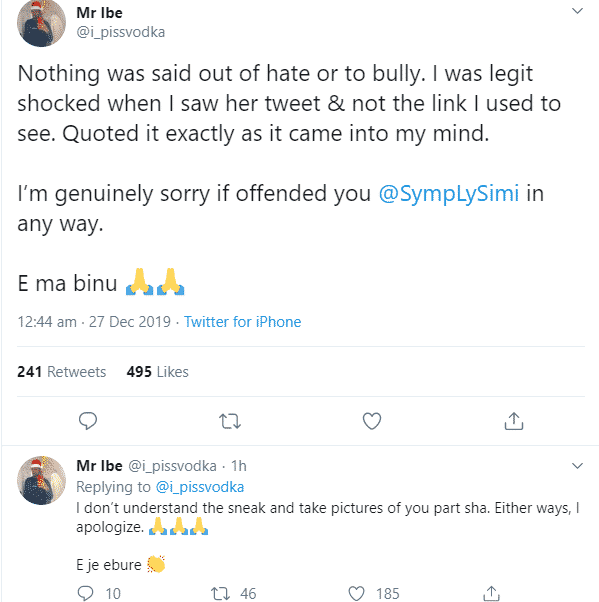 After apologizing, Mazi shared another tweet aimed at Simi. 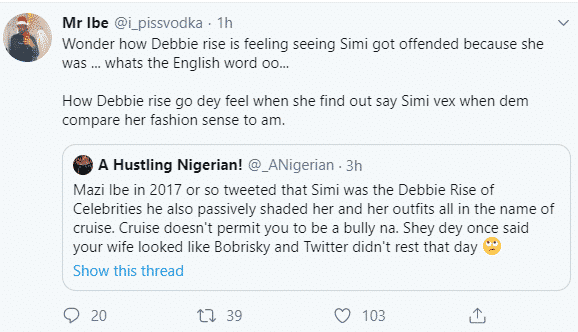