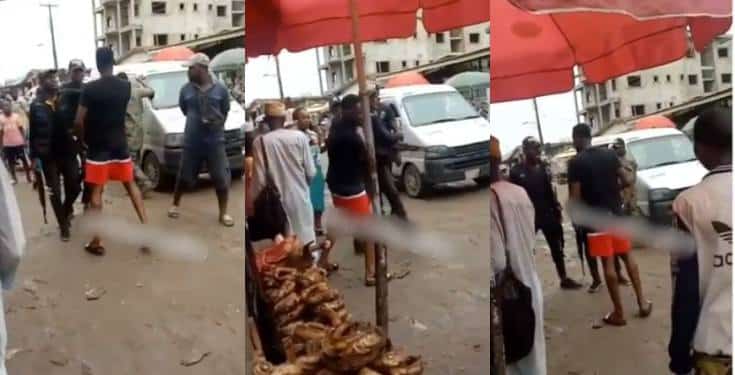 A man was brutalized by SARS officials after he refused to let them search his phone in a market in Oke Ira, Lagos.

“I know my rights,” the man kept screaming as SARS demanded he unlocks his phone for them.

When he refused, one of the officers slapped him while the other hit him repeatedly with a piece of wood. They also pushed him and refused to stop hitting him even after others in the market place mildly protested the brutality.