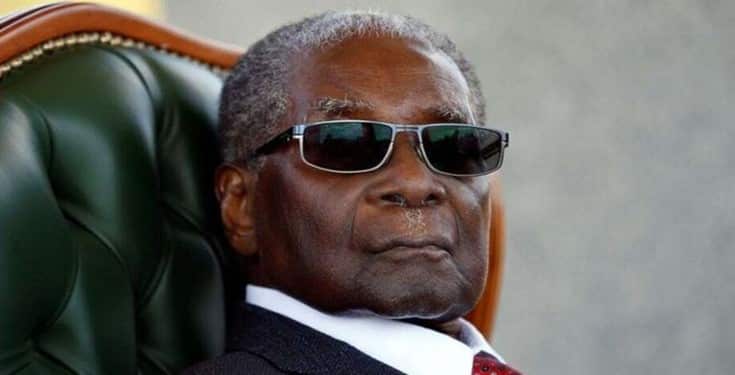 Zimbabwe ex-president, Robert Mugabe has died at the age of 95. Mugabe, who was Zimbabwe’s first post-independence leader, died after battling ill health, his family confirmed.

The current President of Zimbabwe announced his passing on Twitter, writing: “It is with the utmost sadness that I announce the passing on of Zimbabwe’s founding father and former President, Cde Robert Mugabe.” 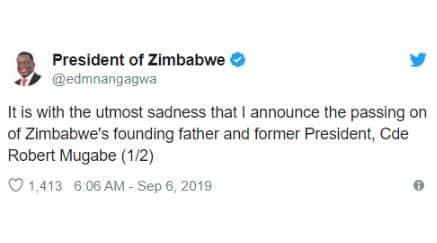 Mr Mugabe had been receiving treatment in a hospital in Singapore since April. He was ousted in a military coup in 2017 after 37 years in power. He served as Prime Minister of Zimbabwe from 1980 to 1987 and then as President from 1987 to 2017.

The former president was praised for broadening access to health and education for the black majority. But later years were marked by violent repression of his political opponents and Zimbabwe’s economic ruin.

Mr Mnangagwa had been Mr Mugabe’s deputy before replacing him.