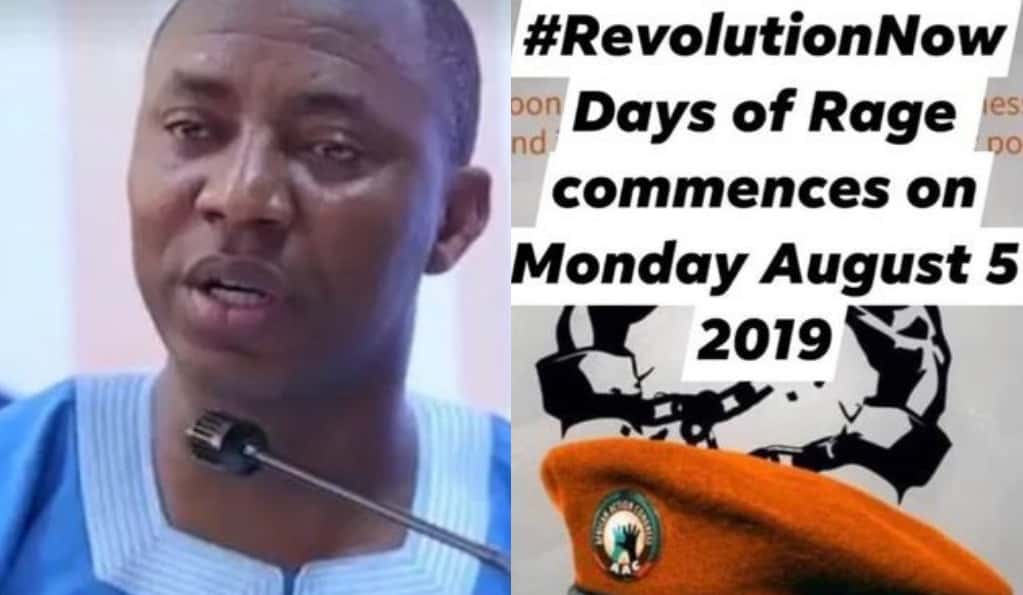 Nigerians on social media have attacked President Muhammadu Buhari over the report alleging that Omoyele Sowore, a human rights activist and pro-democracy campaigner, was arrested by Department of State Services operatives after invading his apartment earlier today.

Many Nigerians in their reaction accused Buhari of trying to use the DSS to intimidate Sowore so as not to carry out the planned #RevolutionNow protests slated for August 5.

Many well-meaning Nigerians are also calling for the release of the pro-democracy campaigner using #Freesowore hashtag on Twitter.

ALSO READ:   No company has been licenced to run okada services – Lagos Government 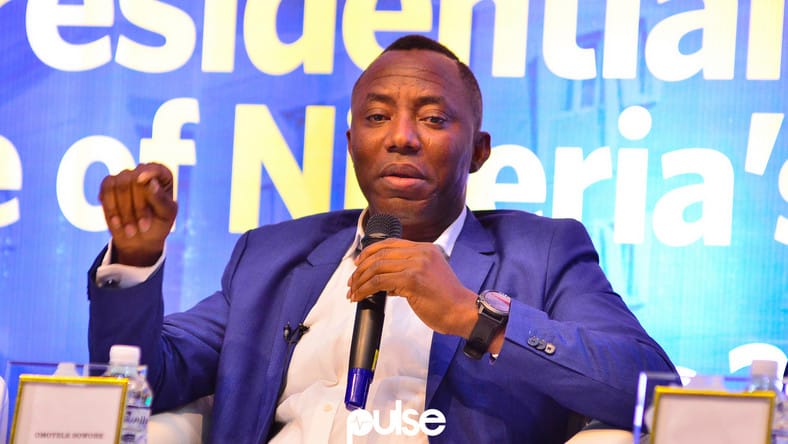 Confirming the report of apprehension, the publisher posted a distress tweet around 1:25 am, saying “DSS invades Sowore’s.”

He also tweeted “Ja p” apparently indicating that his phone must have been seized while trying to raise the alarm about his arrest.

An associate also confirmed the publisher was arrested at his apartment and his phone collected. 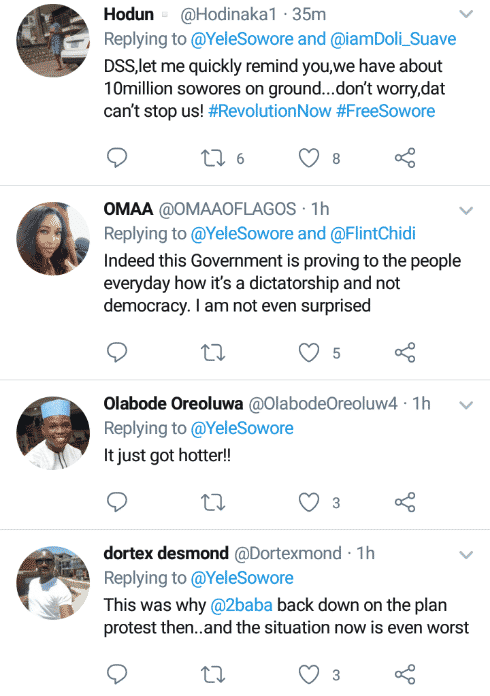 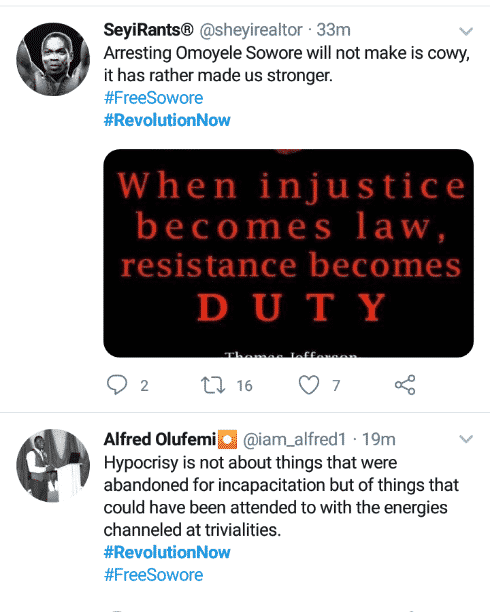 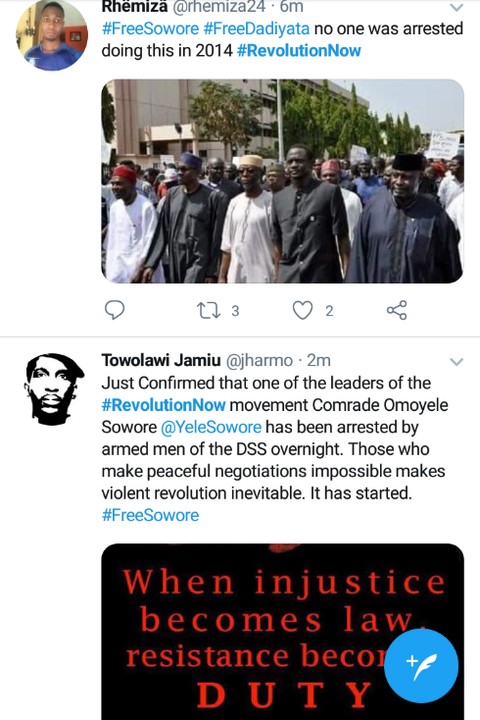 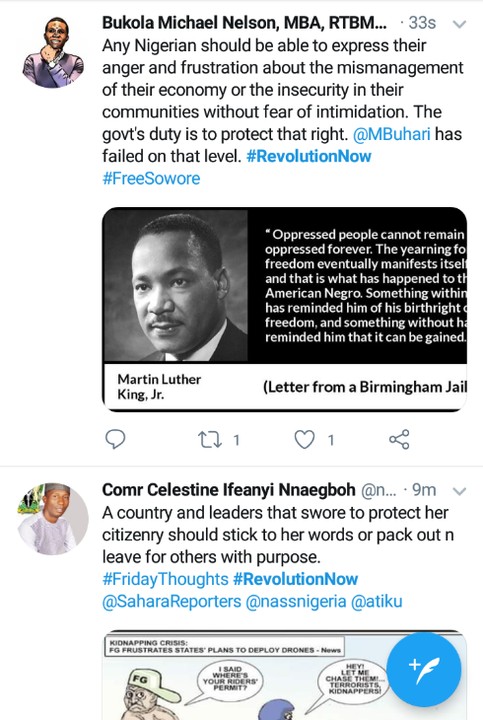 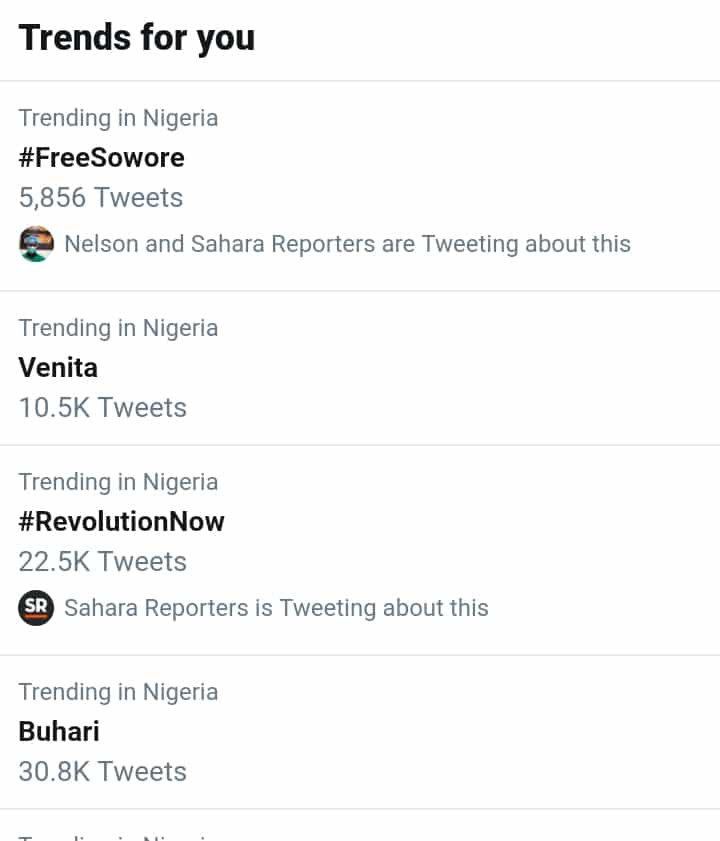 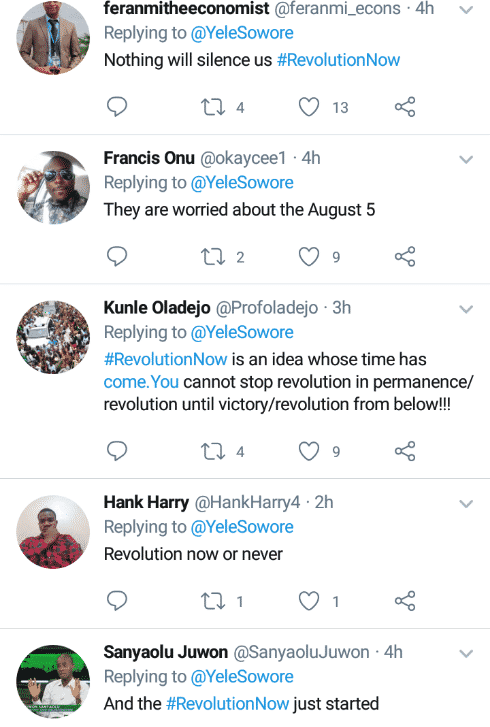 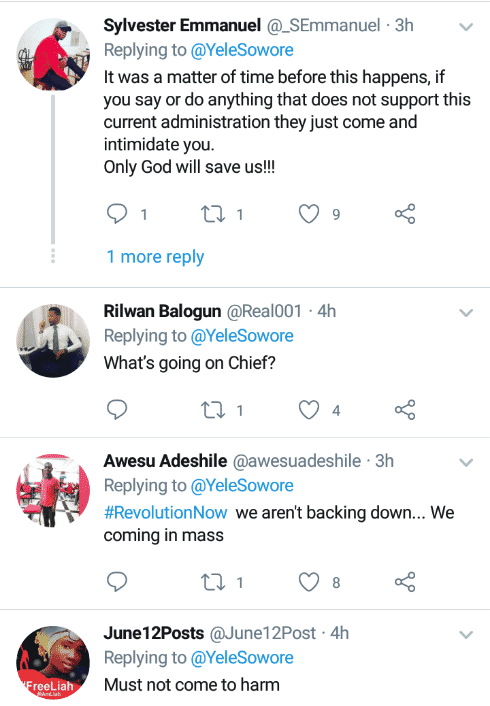 When will you be a man? You have brought shame to the body of Christ- FFK tackles Osinbajo on pastors’ abduction

Kidnapped RCCG pastors have been sighted in the forest- Police