Home Entertainment News Rema excited as his face is spotted on a billboard in America...

Fast rising Nigerian music artiste, Divine Ikubor popularly known as Rema has shown excitement after his face was spotted on a billboard in America. 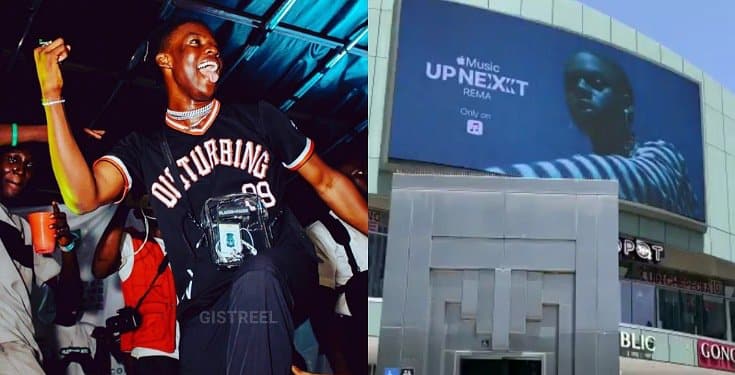 The singer revealed this in a recent short video clip he shared on the micro blogging platform Twitter today June 24.

Los Angeles is the largest city in California, a state in the pacific region of the United States.

He said it’s a dream come true for him to have appeared on an American billboard.

Rema however appreciated Apple Music for the rare gift.

In his words he wrote; “Seeing my face on a Billboard in Los Angeles is a dream come true, thank you Apple Music for this gift ❤”

Seeing my face on a Billboard in Los Angeles is a dream come true, thank you @AppleMusic for this gift ❤️ pic.twitter.com/J6LyBoD6aU