Rapper Lil Kesh and Iyabo Ojo’s daughter, Priscilla have sparked dating rumours after he shared a video of them kissing inside his car.

The YAGI boss, has although not been linked with any lady of recent, but it seem he has something for the actress’s daughter as they have always been compared with each other over their striking resemblance.

Recall that there were hypotheses of potential connections between them after they went out on a date some days back.

The duo were spotted together at Nigeria’s first Prom Concert, Afroprom at the Eko Convention Centre, Lagos.

Priscilla donned a sequence short gown that bared her cleavage, and a tiara on her head while her prom date, Lil Kesh wore a turtleneck black plain t-shirt and a short-sleeve buttoned up shirt.

The singer, who is set to go on his tour in September, shared photos and videos of them at the event calling the beautiful brand ambassador ‘a cutie’. 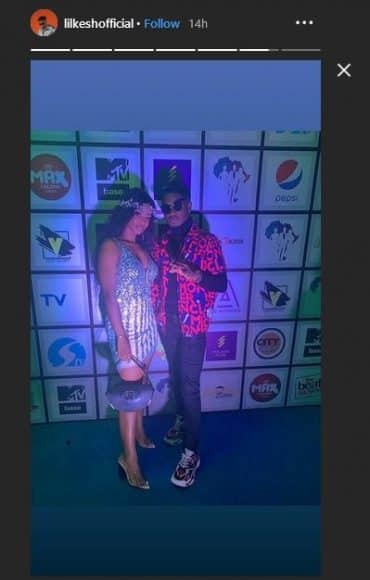 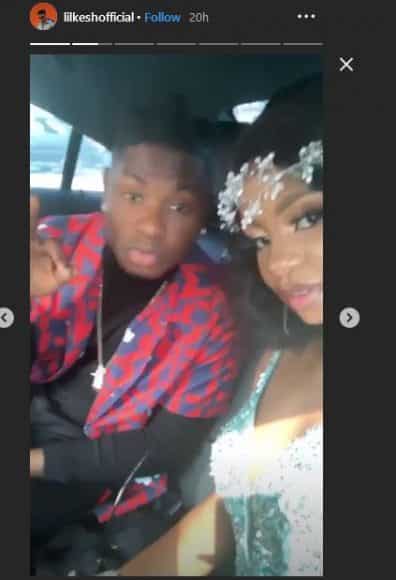 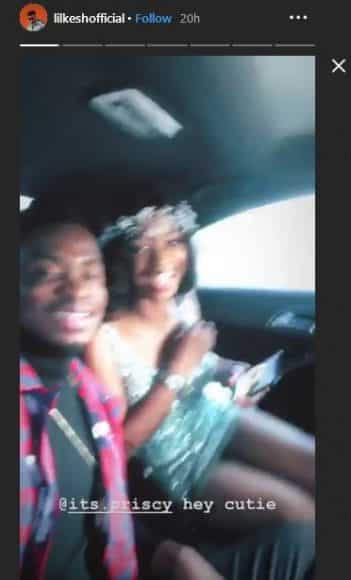