We reported earlier, that a law firm affiliated with Barcelona partners had filed a lawsuit attempting to block Leo Messi from signing for PSG. 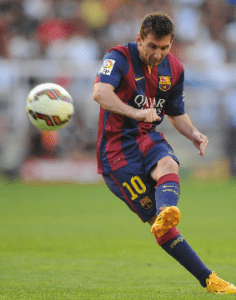 However, Spanish outlet Marca is reporting the PSG transfer will still go ahead … after the French champions offered to give the Argentina captain the no. 30 shirt, once he signs.

The number 30, although it’s a number that is usually reserved for goalkeepers in Ligue 1, will now be kept for Lionel Messi ahead of his arrival.

Recall that Messi had already been offered the No.10 shirt by his friend, Neymar, but he refused.

What are your thoughts on the new shirt number kept for him at PSG? Let’s hear you in the comments…