Home Viral News Prof. Wole Soyinka’s son reacts to man who refused to give up... 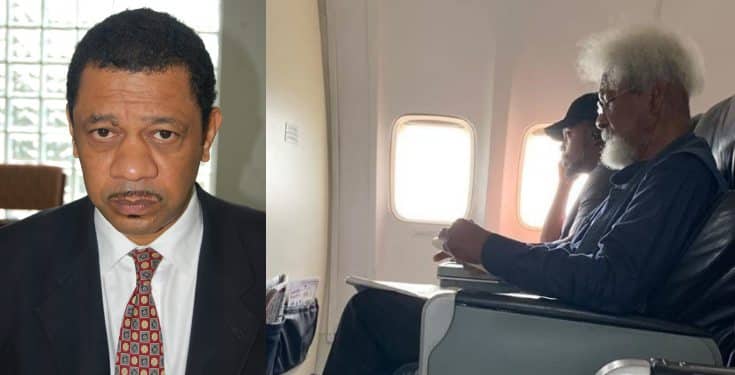 Olaokun Soyinka, the son of Prof. Wole Soyinka, has reacted to the window seat saga involving his father and another plane passenger.

The incident was narrated online by business executive, Tonye Cole, so it was to him that Mr Olaokun Soyinka addressed his letter.

In the letter, Mr Soyinka thanked Mr Tonye Cole for ”standing up for his father, and for respect.” He went on to express his “irritation” at “social media warriors”.

He added that the passenger who owned the passenger seat had a right to demand his seat but the elder is “entitled to some deference or respect.”

He went on to criticize the youths of today for their lack of respect for elders, adding that “those who like to see an elder given his due deference are entirely within their rights to judge the young man (window seat owner).”

Read the full letter below.