Tonto Dikeh’s ex-lover, Prince Kpokpogri has denied being responsible for the leaked audio which allegedly had the voice of Tonto Dikeh begging him over their relationship that recently hit the rock. 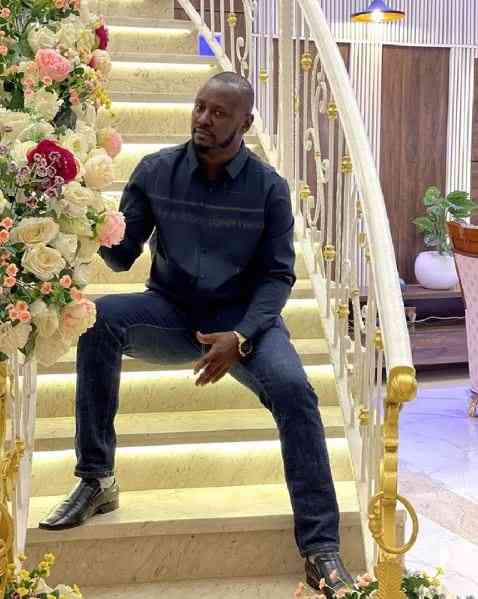 Prince Kpokpogri went on to share a lengthy message he got from Tonto Dikeh where she demanded a refund of every dime she had spent during her relationship with him.

The message which is believed to have been sent via the verified Instagram handle of Tonto Dikeh also described Kpokpogri as an illiterate and threatened to be a silent killer. 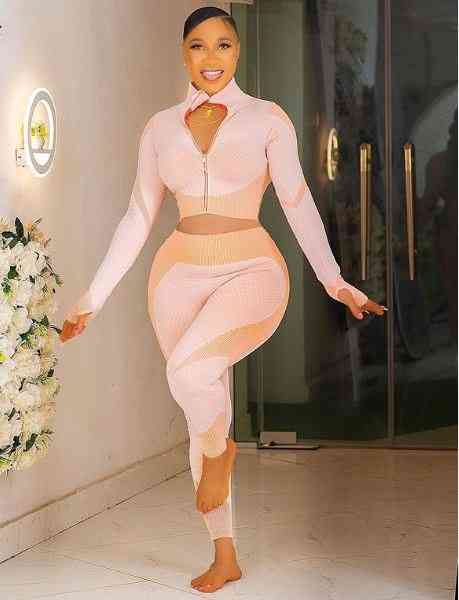 This is coming after Tonto Dikeh surfaced to clear the air as regards the recent audio where she begged Kpokpogri not to terminate their relationship. Tonto stated that the audio was from an earlier fracas and has nothing to do with the recent squabble.

Below are the posts sighted on Kpokpogri’s Instastory: 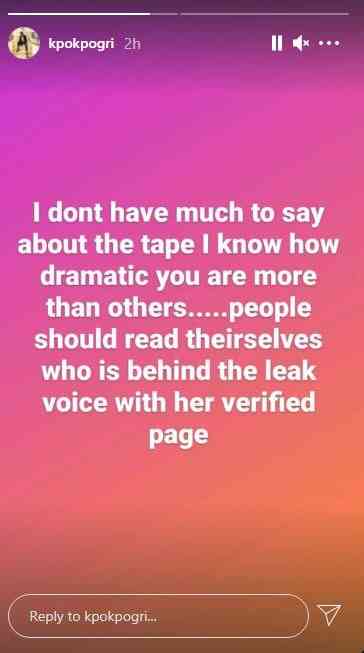 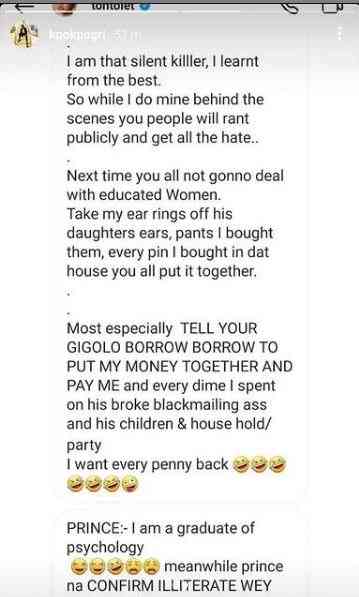