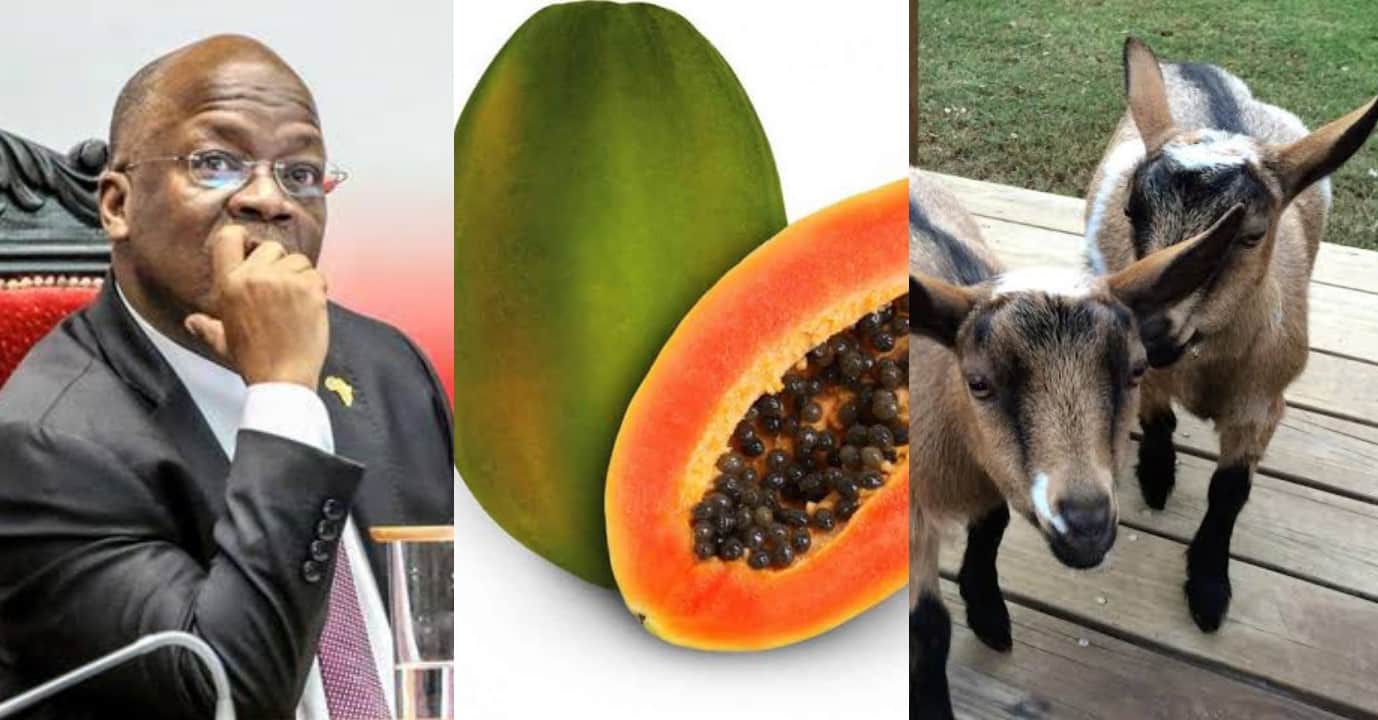 The President of Tanzania, John Pombe Magufuli has raised alarm by questioning the quality of imported test kits being used in the country, and has ordered that they should be checked and probed after goat and pawpaw fruit reportedly tested positive for Covid-19 in the country.

John Magufuli made this known while speaking at an event recently held at Chato, in the Northwest of Tanzania.

In his speech, he revealed that the imported covid-19 testing kits have “technical errors”.

According to him, he had instructed that non-human samples be randomly obtained from a pawpaw fruit, a sheep and a goat which were labeled fake human names and bio-data without the knowledge of the lab technicians.

Surprisingly, the President said he was amazed that the tests for the pawpaw fruit and goat came out positive.

Speaking further at the event, he revealed he has since ordered the Tanzanian health agency to subject the quality of the kits to clinical lab tests to help ascertain their effectiveness and reliability.

According to LIB, the president was quoted to have said;

“We extracted a sample from a goat which turned positive. This tells you that something is not adding up.

Are we now supposed to quarantine goats and fruits?” the President questioned.