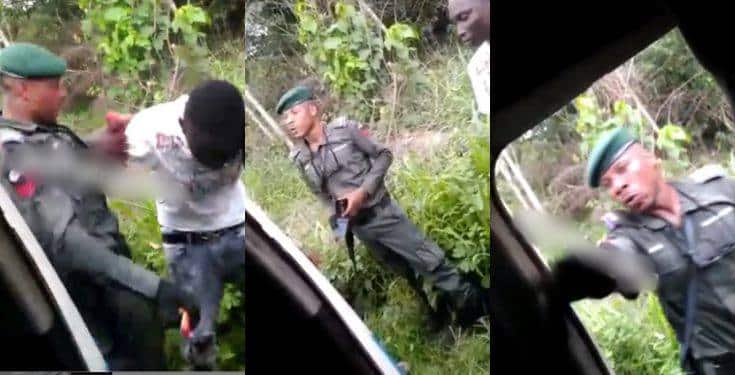 Yesterday, the video of a police officer destroying the phone of a Delta State University student which he reportedly bought for N250 ,000, went viral.

The officer who was angry that after serving the police force for about 13 years, he is stiil not been able to afford such an expensive phone, smashed the phone to the ground.

According to an update by the Nigeria Police Force on Twitter, the officer has been arrested and an orderly trial has commenced.

The commissioner of Police Delta State Command has confirmed that the police SGT reported to have harrassed and embarrassed an innocent student is now in police custody.#AskThePolice@CovenantBuhari @MrFixNigeria @RuggedyBaba @sagalink @ConcernedNIG