Home Entertainment News Pastor called out for allegedly impregnating 17-year-old girl and asking her to...

A Nigerian Pastor has been called out on social media after he allegedly impregnated a 17-year-old girl and asked her to abort the baby. 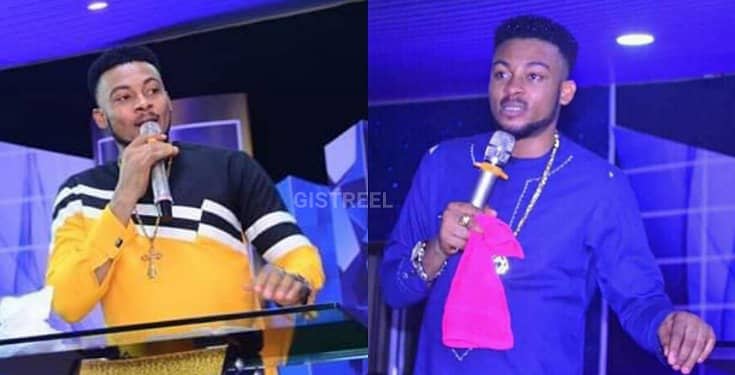 The pastor was called out by a Facebook user who goes by the name Olly Vid.

According to Olly Vid, the said Pastor who goes by the name Emenike Samuel Ikuku on Facebook is based in Enugu State, Gariki precisely and is the founder of Winds of Liberation Prophetic Church International A.K.A Dominion House. 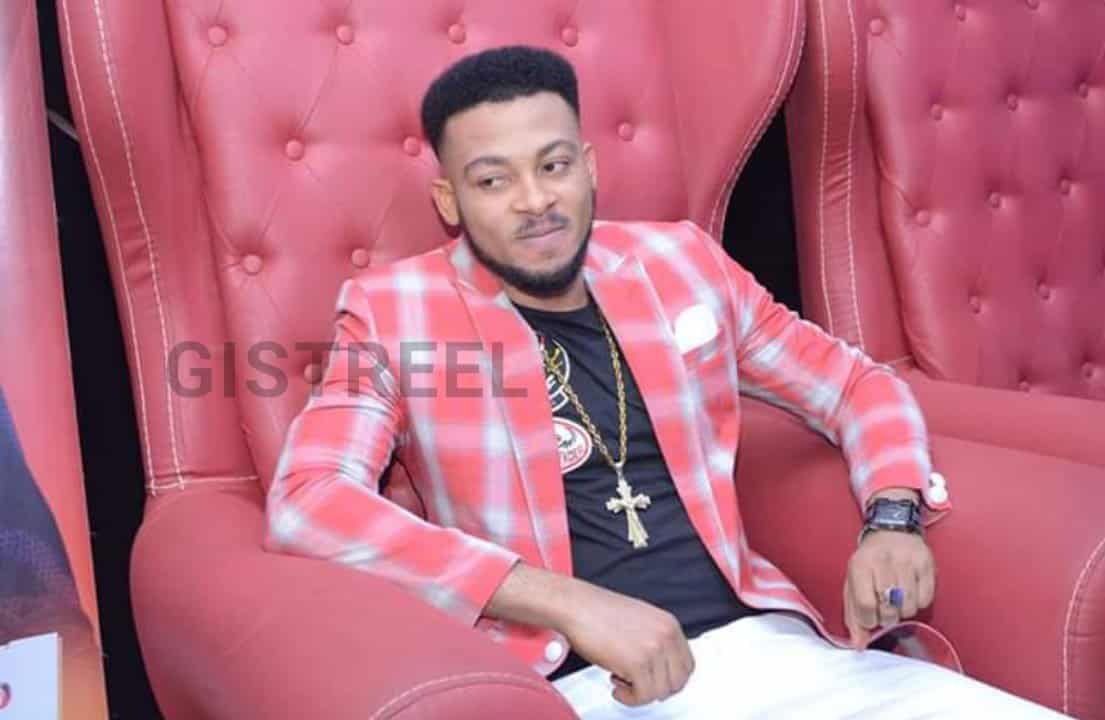 Olly Vid alleged that the little girl in question is his younger sister.

He said that all efforts to plead with the prophet to take responsibility has failed.

Read the full story as shared by Olly Vid on his Facebook wall below;

“Hey you stupid motherfvck£r,that call your self a pastor from Enugu gariki, you better go and take care of that little girl you got pregnant before the anger of God fall on you,Na so una go dey spoil pastors name anyhow,the most painful part self this girl is from nkanu my own sister,na thunder go fire you when next you climb on that pulpit,how do you fv.¢.k a 17years old girl and ask her to do abortion and you call your self a pastor,they have been begging you all this while to take responsibility of your actions but you feel like you are to big,so it better people get to know the truth and never fall victim for your stupid fake words again. His name on Facebook is Emenike Samuel Ikuku.” 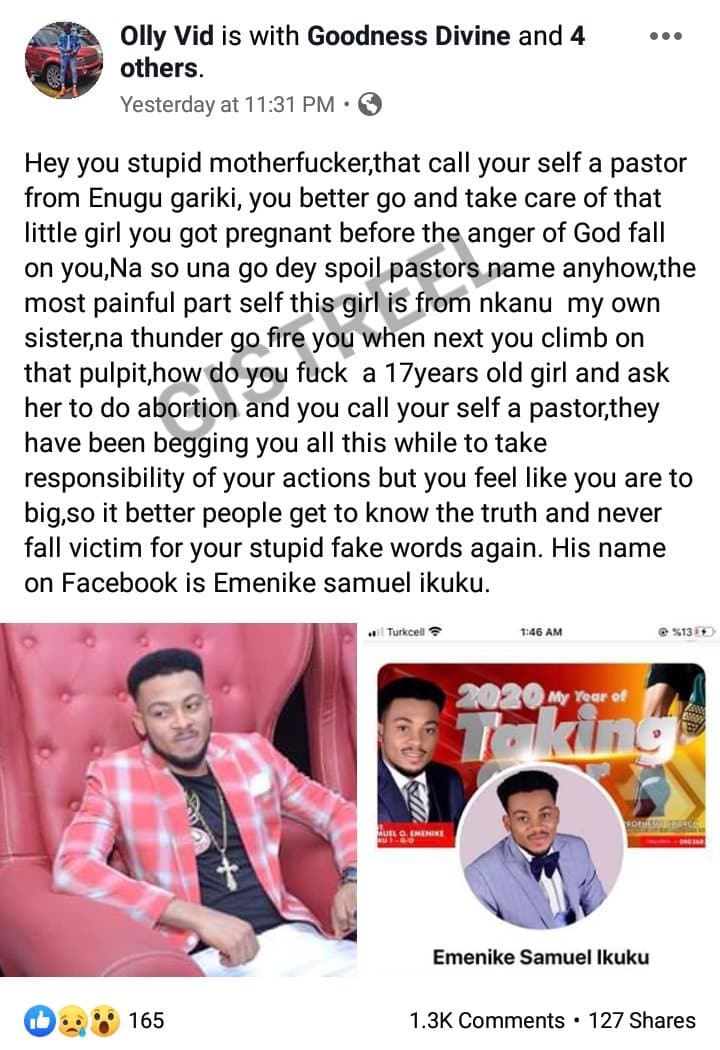