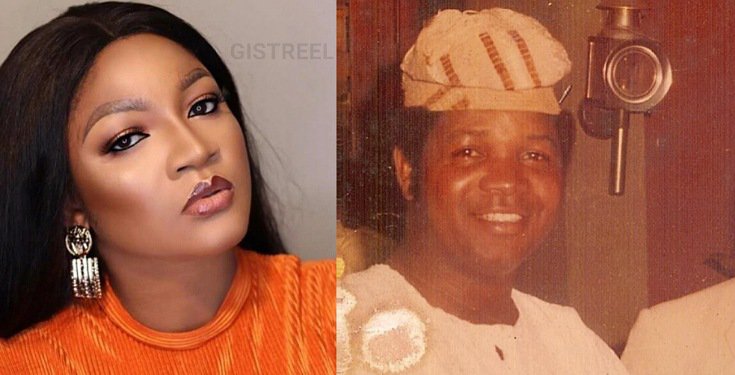 Yesterday June 21 was Fathers’ Day and Omotola took to her Instagram page to celebrate her late father, Sir Shola Jalade.

Omotola revealed that she was just a little 12-year-old girl when her father passed on in a ghastly motor accident along Benin-Ore expressway.

Celebrating her late father on Fathers’ Day, she thanked him for his impact in her life within a short period.

For her, in just 12 years, her father was able to groom her into who and what she is today.

She concluded by saying “a great father’s impact is forever.”

The thespian however pleaded with millions of her fans not to type “RIP” in the comment section. 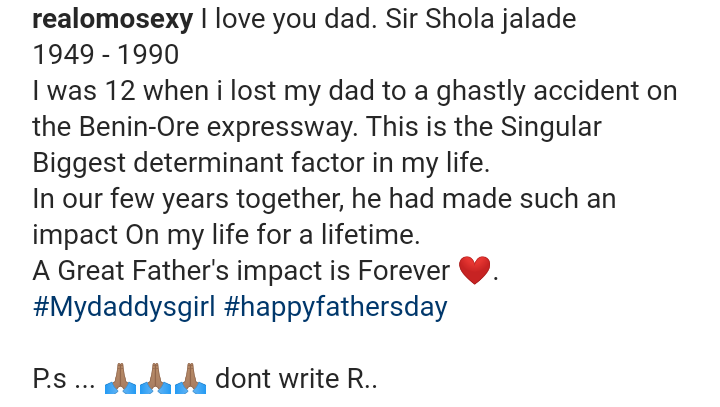 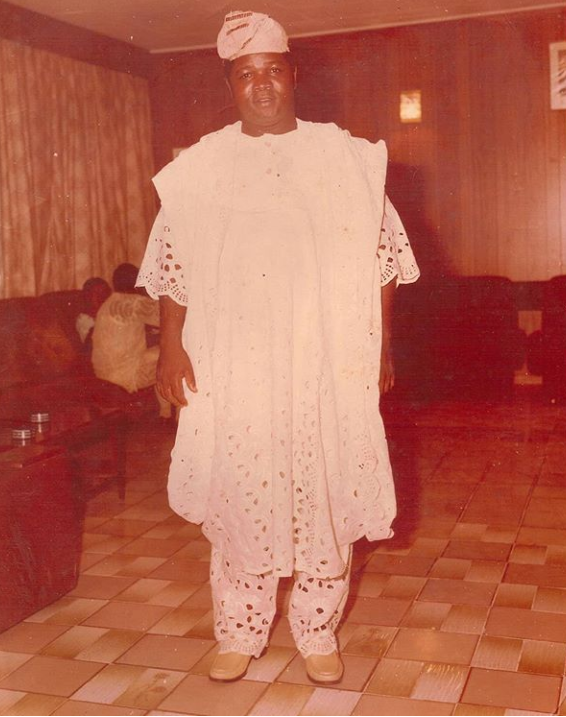