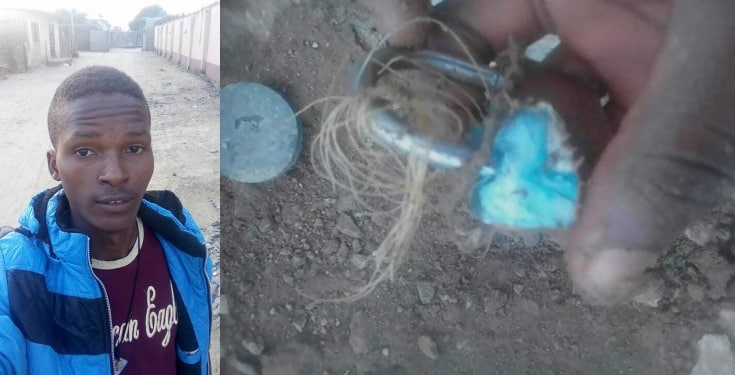 A Nigerian man identified as Daniel Ogbeide, has narrated how he found an ancestral pot with padlock inside, was tied with some ropes and torn pictures attached to it.

According to him, he stumbled upon the fetish item as he dug a hole to bury his dog which died.

Narrating how he found the fetish item, the man wrote;

“I was amazed on what I saw just this morning! My little puppy died last night,decided to bury it early this morning,walked towards a nearby bush,I began to dug! Behold I saw an ancestral pot with a padlock inside tied with some ropes and a torn pictures magneted to it,I was like,maybe they caged his/her marriage,or financial breakthrough,or Destiny.. I quickly broke the padlock and threw it far away! No love in this County!” 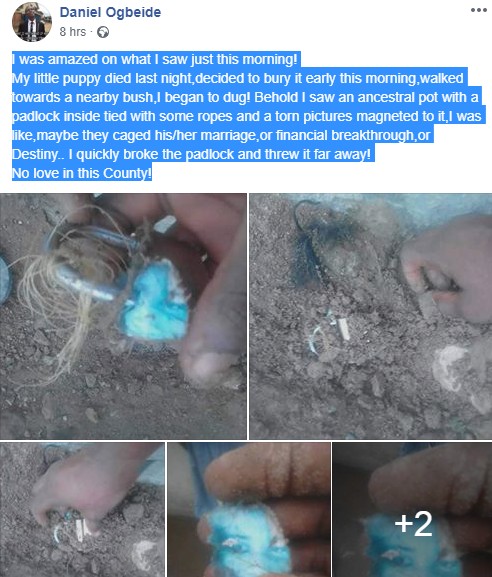 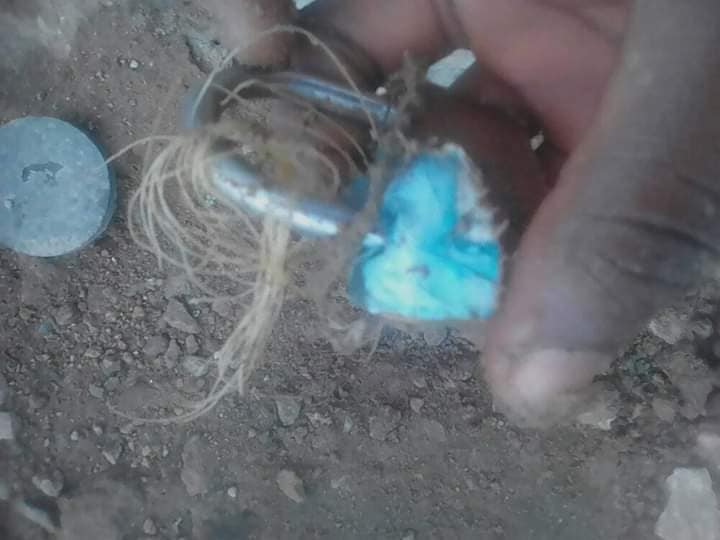 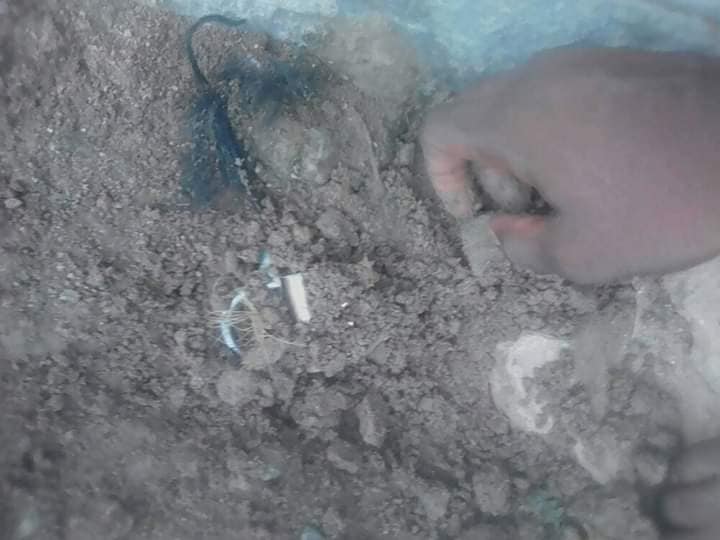 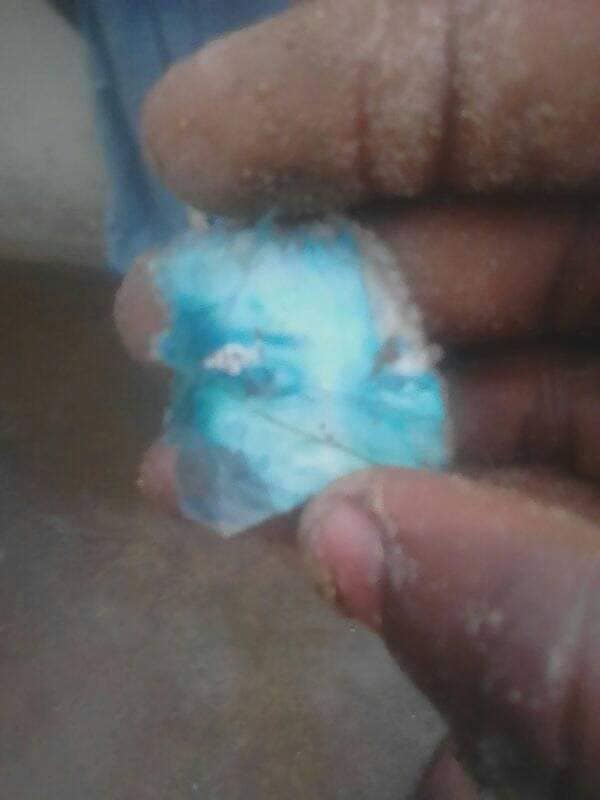