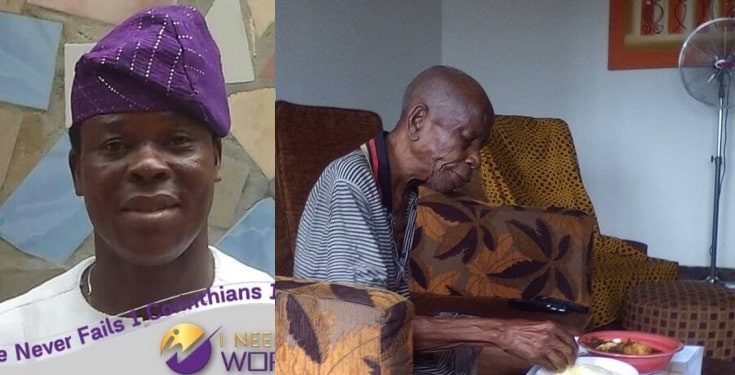 A Nigerian man, Abraham Adeyosoke, took to to social media to celebrate his father who he claimed died and rose after 36 hours in January this year.

According to Adeyosoke, whose father turned 90 years old yesterday April 14th, the man had been confirmed dead on January 5th this year but was declared undead on January 7th when he was about to be buried.

”My [email protected] Died & Rose after 36hrs. Now a Christian!.
Jesus is Lord!.

He actually died on Saturday midnight of January 5th as a Moslem. I told them to let him be till Monday evening for Moslem burial because of my Sunday Worship service. We all left for home on Monday with full burial ceremony arrangements in convoy with my family and close friends..Grave dug, amala, ogunfe and ewedu with “gbegiri flowing.. Less than 15 minutes drive to our hometown, he sneezed and jacked back to life after 36 hours.

He was looking confused when he saw all his families. I instructed that he should be placed at the back of my car. He sat in-between my wife and I. Brought to Lagos and straight to Oluyombo hospital where he was for a week, then brought home with my family. He is hail, healthy, strong and sound now, enjoying my wife’s Amala felefele!. 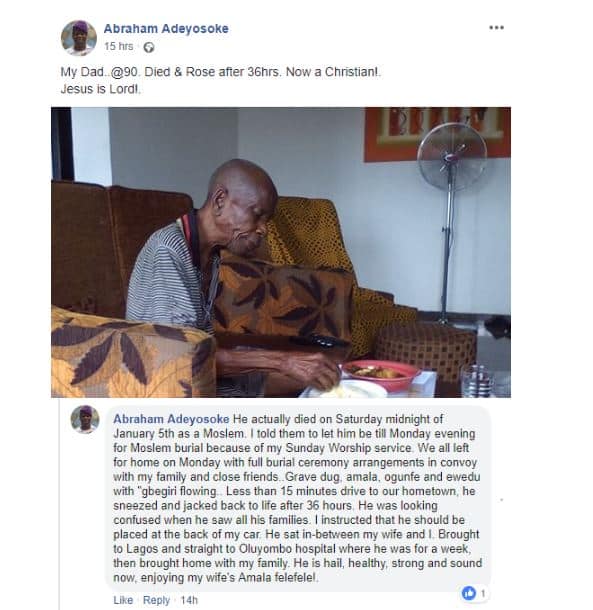