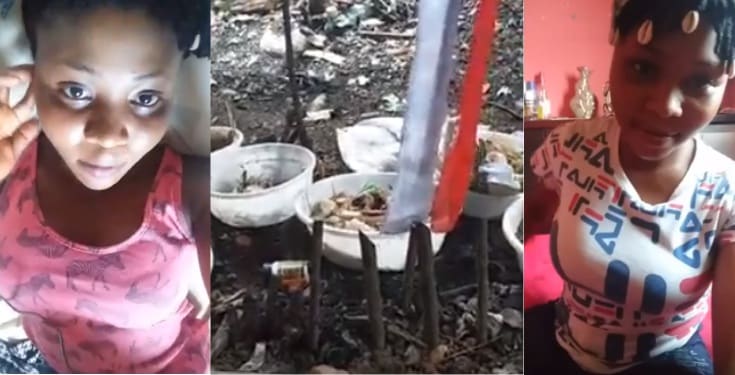 A Nigerian lady, Chinemerem Obieze has said that the name of Jesus is powerless in their kingdom because he doesn’t exist.

In a video which is now making rounds on social media, the lady can be seen having a conversation with a man whom she tells that she’s an “Ogbanje” from birth.

She further stated that pastors who claim to cast the evil spirits out of her kind, are actually taking their powers and that’s why she can’t be close to any pastor who wants to pray for her so they don’t steal her power.

She then went on to challenge any pastor who’d go to their chambers and call the name of Jesus to see if there’d be any effect.