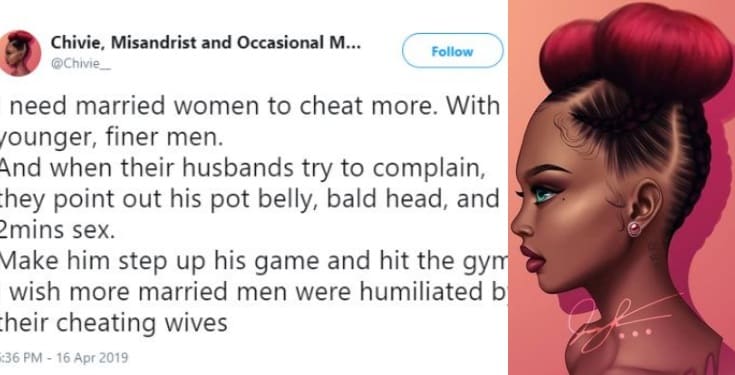 A Twitter user identified as @Chivie_, has got herself trending on the platform after she advised married women to be promiscuous.

The young lady advised married women to cheat on their husband with younger, finer men to make him step up his game. She also wished married men were often humiliated by their wives.

“I need married women to cheat more. With younger, finer men. And when their husbands try to complain, they point out his pot belly, Bald head, and 2mins sex. Make him step up his game and hit the gym. I wish more married men were humiliated by their cheating wives.” 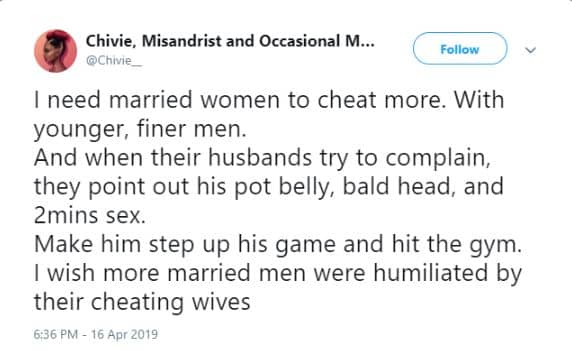