The Nigerian Air Force (NAF) has revealed plans to reward one of its personnel, Bashir Umar, who was reported to have returned some missing foreign currency, about 37000 Euros, to the owner.

Mr Umar, an aircraftman, is a member of the NAF Mobile Air Defence Team deployed to Kano airport for security duties.

He was on routine patrol with his colleagues when he found a parcel containing the lost money at the Hajj Camp Market in Kano on Tuesday, a spokesperson for NAF, Ibikunle Daramola, said in a statement on Sunday.

The airman was said to have found a telephone number on the parcel which he called and eventually returned the money to its owner, identified as Ahmad.

The Chief of the Air Staff (CAS), Air Marshal Sadique Abubakar, however gave directives that the airman should be rewarded so as to serve as a lesson and encouragement to other personnel of the Force. 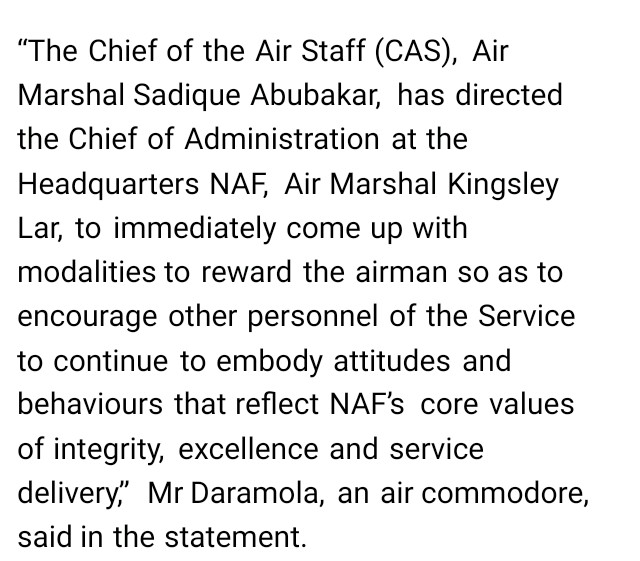