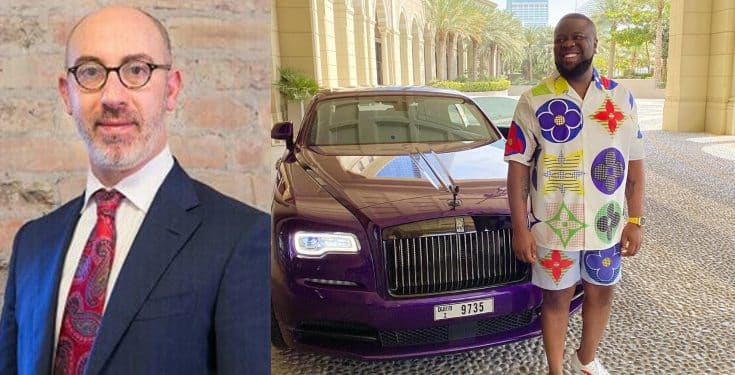 Mr Abbas, an Instagram sensation widely known as Hushpuppi, was arrested alongside dozens of his alleged co-conspirators following an overnight raid of his apartments in Dubai on June 10. Emirati police and prosecutors said about N16 billion was found in cash out of an estimated N168 billion online scams linked to the syndicate.

Following initial tussle over his custody between Nigeria and the United States, Mr Abbas was ultimately handed over to the Federal Bureau of Investigation (F.B.I.) on July 2. He arrived in the U.S. on July 3 and made an initial court appearance in Chicago.

Although American prosecutors said Mr Abbas would still be transferred to Los Angeles “in the coming weeks”, he has decided to hire a top lawyer in Chicago to guide him through the process of transfer to Los Angeles.

Mr Pissetzky made the first appearance on behalf of Mr Abbas at the U.S. District Court for the Northern District of Illinois on July 6, documents showed.

Mr Pissetzky was called to the bar in 2002 and has practiced in Chicago since 2002. His firm’s website said he has been retained in high-profile cases and also widely recognised by major American media outlets as a legal consultant on serious criminal matters.

Already, court hearings have commenced for Mr Abbas to be removed from Chicago to Los Angeles where he was indicted on June 25 and a warrant issued for his arrest. 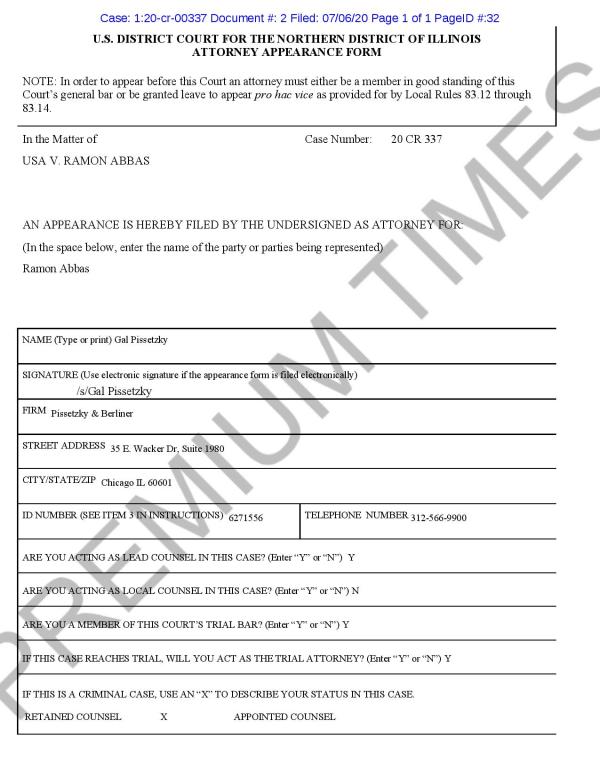 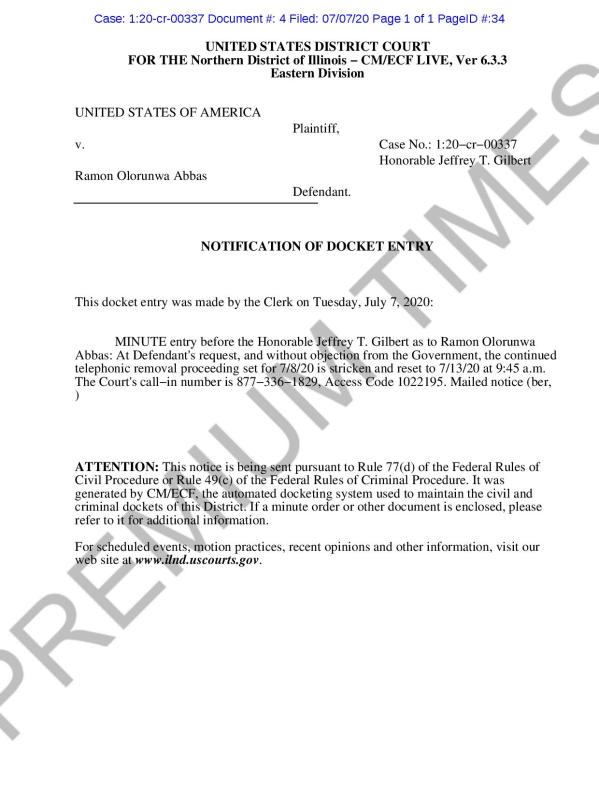 Mr Abbas has successfully argued for an adjournment of his removal hearing from July 7 to July 13, according to court documents.

The removal process appeared to have made it difficult for Mr Abbas to enter a plea, several days after he arrived on American soil. His plea may not be taken and he may not be entitled to bail until his matter is transferred to Los Angeles for proper prosecution.

Mr Pissetzky would likely counsel Mr Abbas through the removal process in Chicago, but it was unclear whether or not he would follow the suspect to Los Angeles. The attorney was not available for comments when PREMIUM TIMES reached his office on Tuesday.