Home Viral News “My wife does not want to sleep with me because I refused...

A man has lamented due to the fact that his wife has denied him access to her body for about three(3) weeks now, simply because he refused to sack their gateman. 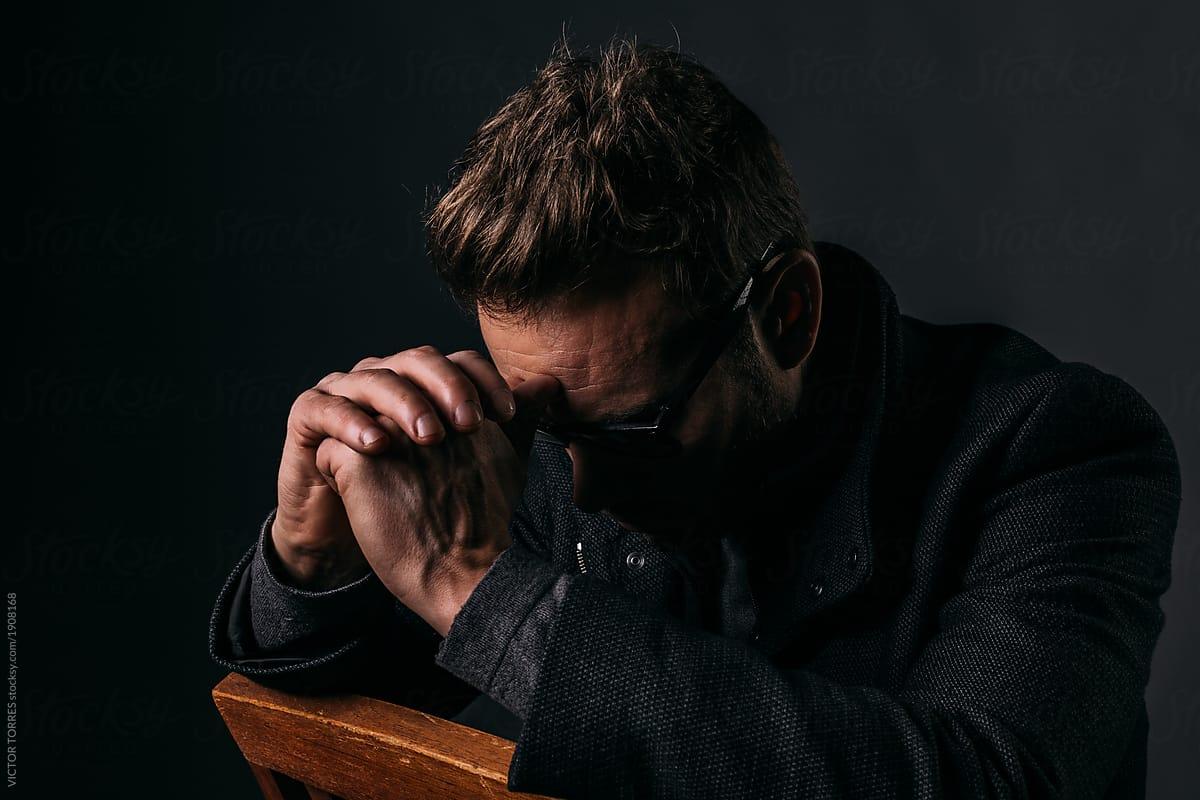 Narrating his plight, the man disclosed that he has been married for 6 years, but has been with this gateman of his for 13 years. The man described his gateman as a very humble and nice person and even recounted how he once saved his business.

Lately, his wife began to feel uncomfortable with the gateman for reasons best known to her and has ordered him to sack their gateman immediately.

The man who is in a dilemma is quite disturbed because according to him, the gateman is a very nice person and his wife in order to compel him to do her wish has denied him sex for 3 weeks. 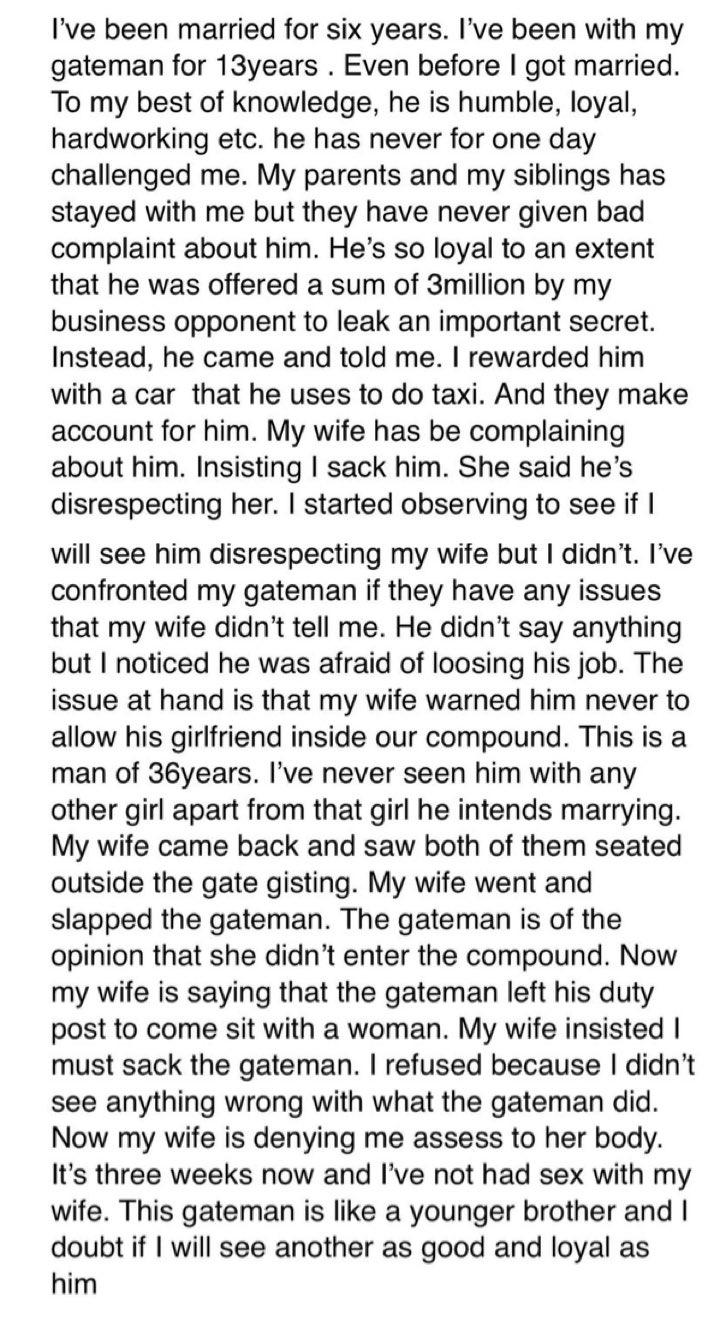