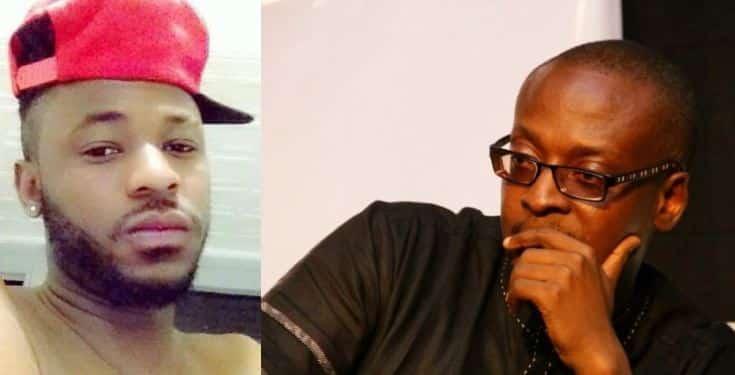 Filmmaker, Charles Novia, took to social media to lent his voice to the recent killing of football fan, Kolade Johnson, by SARS officers in Lagos.

Novia while condeming the act of the SARS officer, pointed out that most Nigerians are rude to armed police officers which is very wrong.

According to him, the man with a gun in his hand is to be respected for the few moments ‘he has that gun undecided on your face.’

Read his tweets below; 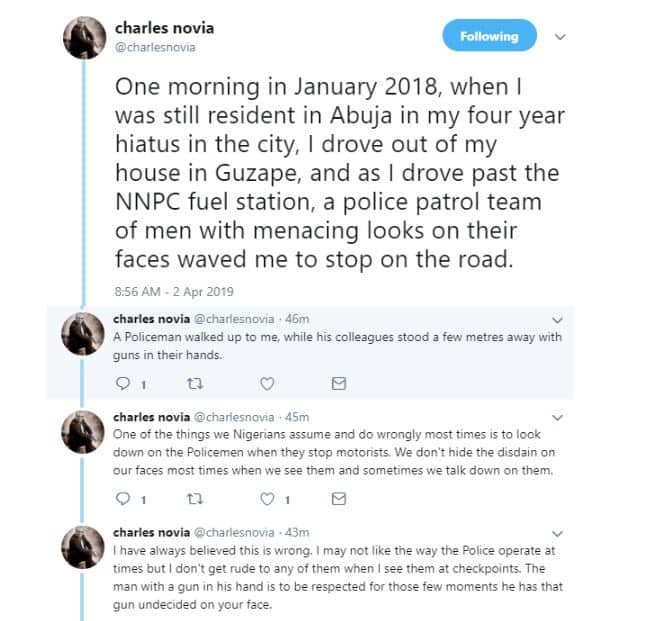 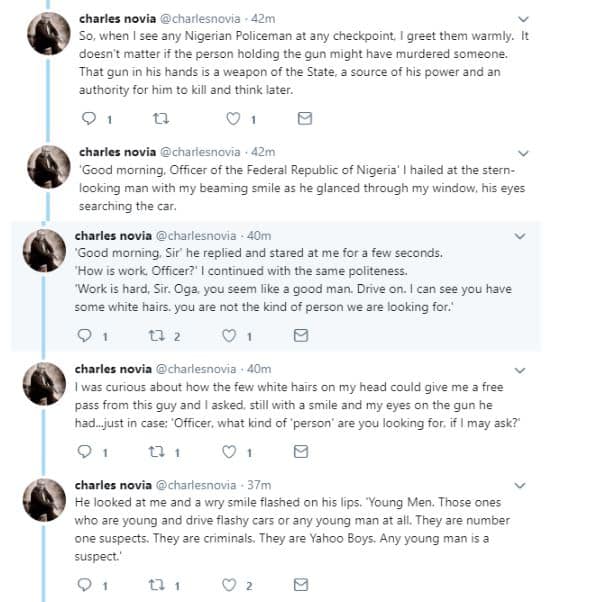 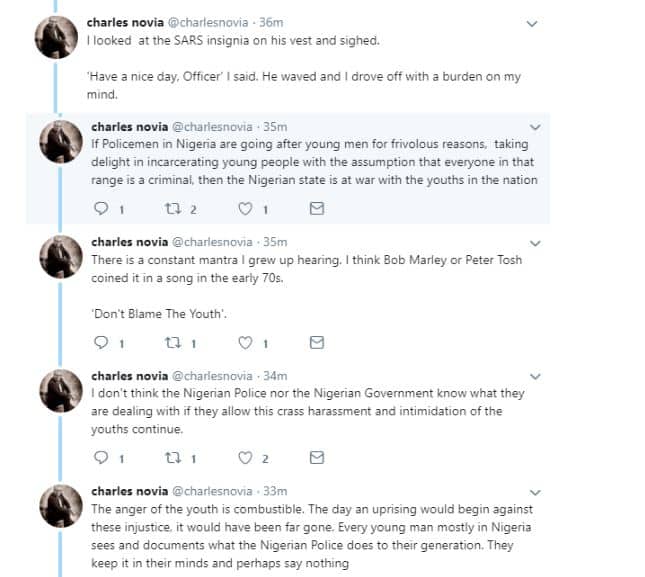 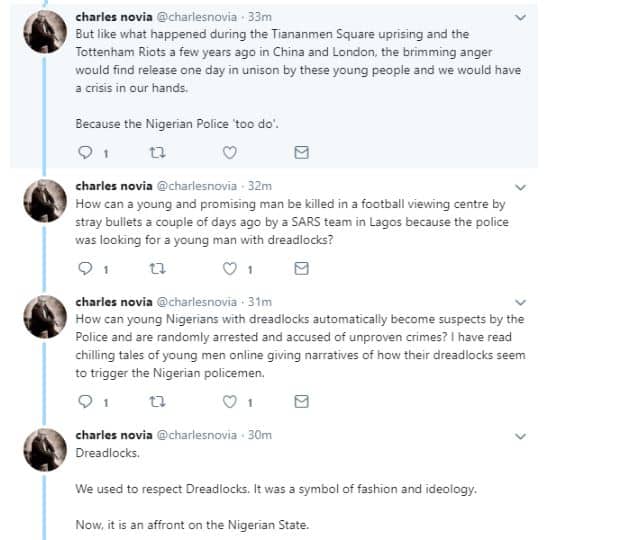 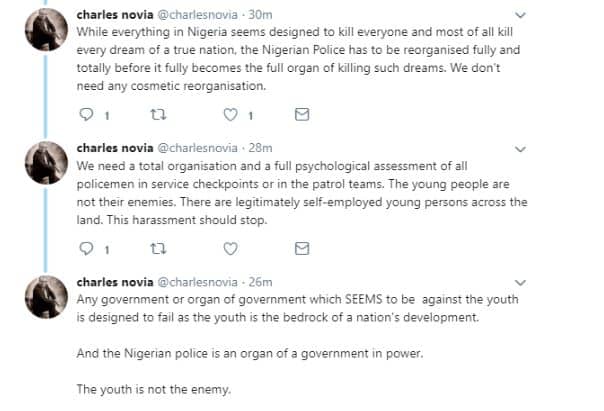