A viral video has captured moment soldiers of the Nigeria Air Force intervened and slammed some policemen for shooting at a crowd. 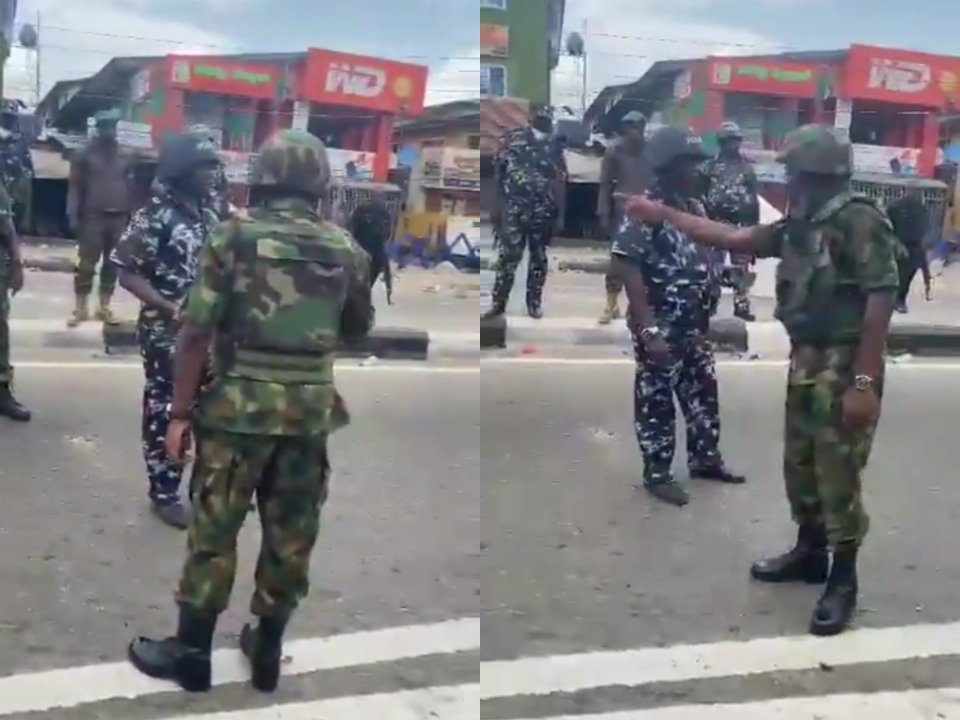 The incident which occurred at a yet to be identified venue showed some men of the Nigeria Air Force calling on officers of the Nigeria police to cease fire.

In the videos also, residents were seen running helter-skelter while soldiers used a megaphone to call for calm. “Stop shooting, the Air Force are here”, the soldiers could be heard screaming.

However, the policemen appeared reluctant in taking orders from the soldiers until one of them showed proof of his rank by pointing to the stars on his shoulder.

The soldier also warned that if they refuse to ceasefire, he would charge them and their headquarters for inciting violence.

The officer who spoke on behalf of the Air Force then commanded the policemen to move their van behind theirs so the Army would serve as a buffer between them and the crowd.

We don’t have a police force. They don’t listen. A bunch of block heads. Just look at this mess. If he can’t obey a direct order from a superior officer then we are finished. You can’t reform this. pic.twitter.com/OccwcRVOeY