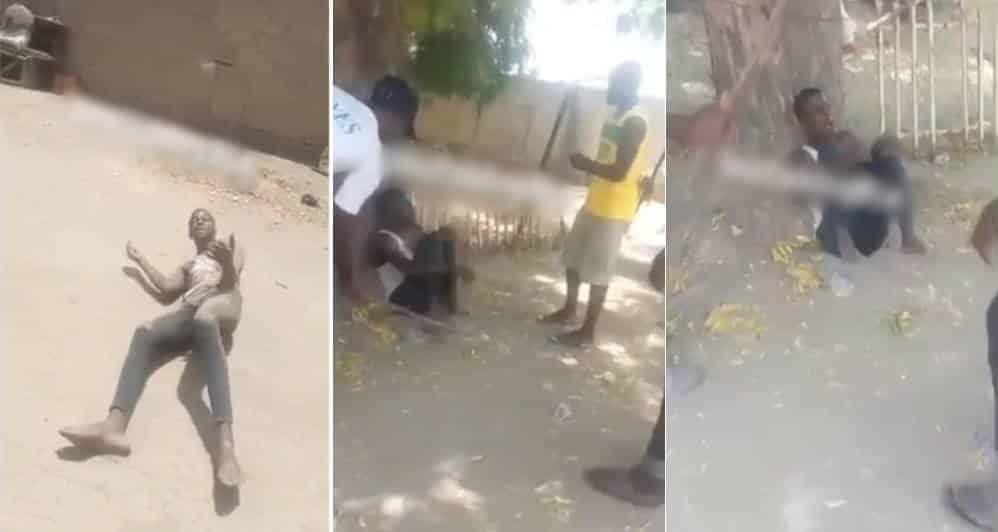 A suspected rapist ran out of luck, yesterday, in #Maiduguri, Borno State, as he was caught red-handed by the mother of a little girl he was trying to defile.

The little girl, Eunice, had been left all alone at home by her mother, who had to rush to the hospital to see someone.

However, their neighbor, identified as Joshua Kalakala, saw it as an opportunity to perpetrate his evil act.

It was gathered that Joshua had called the girl over and was trying to pull down her panties, when she started shouting. .

Help eventually came for Eunice as her mom got back home just in time to hear someone crying in the neighbourhood. .

Her decision to check out what was happening paid off, as she found Joshua pants down and almost done with pulling off her daughter’s panties.

The suspect was promptly apprehended by the residents of the area and handed over to security operatives.