A military aircraft “King Air 350” has crashed near Nnamdi Azikiwe International Airport in Abuja, with viral reports suggesting there were no survivors. 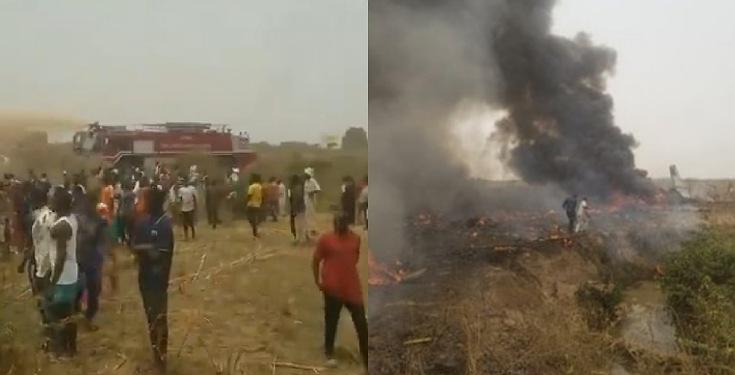 Aviation minister, Hadi Sirika confirmed the development in a short statement she posted on her official Twitter page on Sunday, February 21.

According to her, the aircraft crashed as a result of Engine failure shortly after it took off from the airport’s runway.

As at the time of filing this report, the Nigerian military is yet to ascertain whether or not there were survivors, as opposed to viral online reports.

Her tweet reads, “A military aircraft King Air 350 has just crashed short of our Abuja runway after reporting engine failure enroute Minna. It appears to be fatal. We should remain calm & wait for the outcome of investigation by the military, while we pray for the departed soul/souls if any.”

Watch video recorded shortly after the crash below;