DWM Singer, Adewale Mayowa Emmanuel, known professionally as Mayorkun has taken to his Twitter account to reveal to his fans why he goes around with police escort. 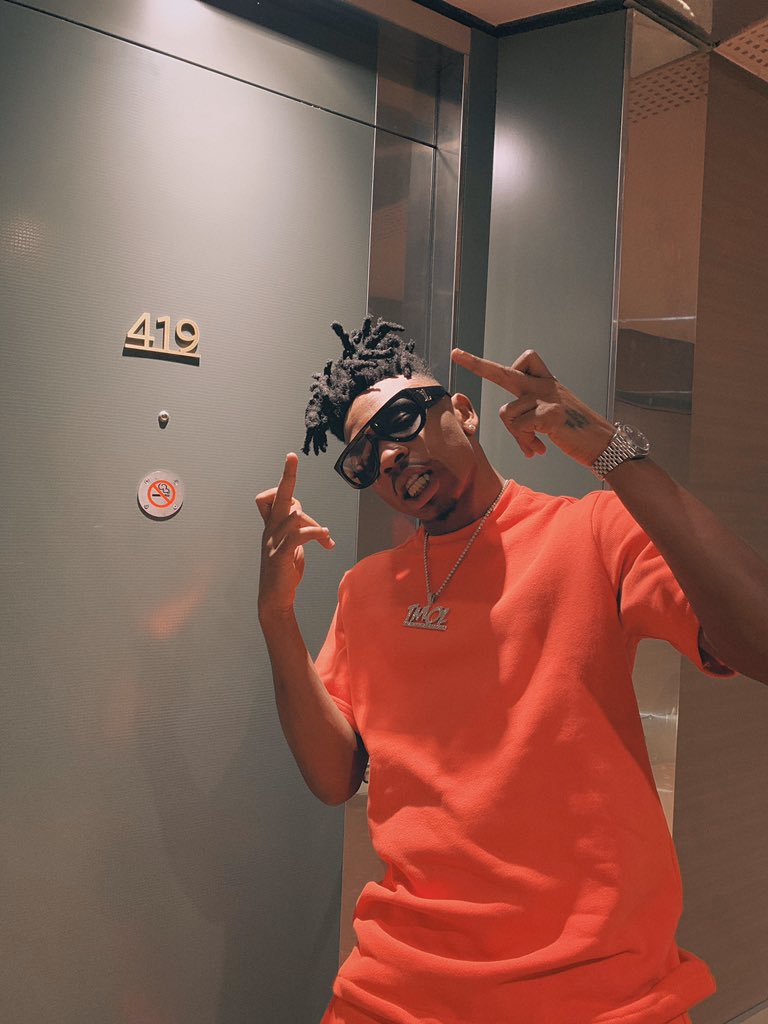 According to the “Up to something” singer, he goes around with a lot of police escorts not because he is afraid of thieves but rather his fear of policemen. 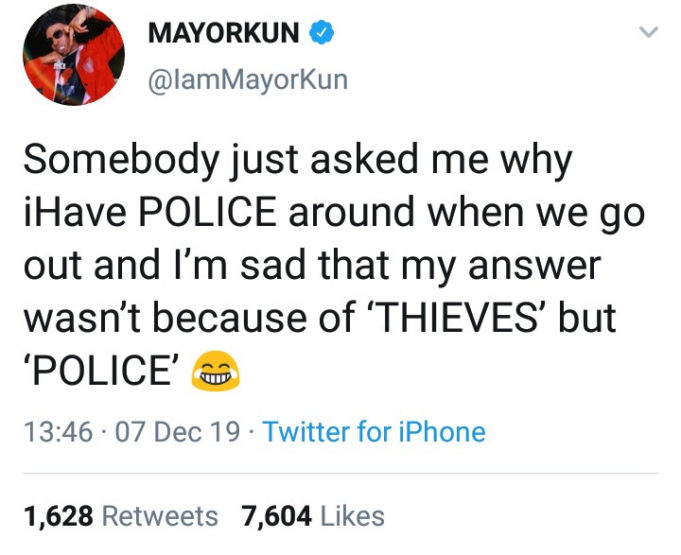