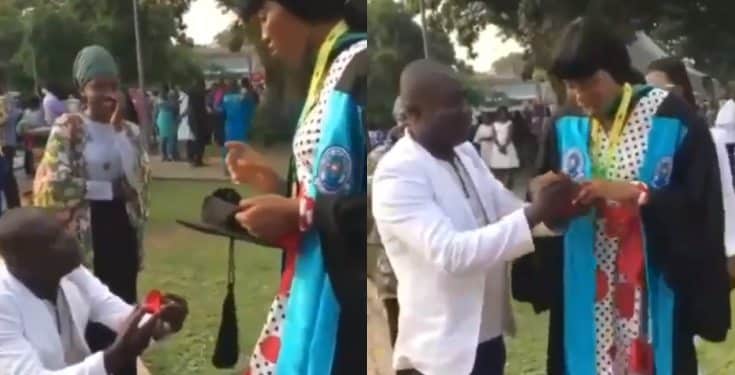 A Ghanaian man proposed to his girlfriend as she graduated from Kwame Nkrumah University of Science and Technology (KNUST) on July 25, 2019. However, the young lady doesn’t looked excited over the proposal.

In the video posted on social media, the man bent his knee as he extends the ring to her, while her friends cheered her up.

But from her looks, it appeared as if she was either not ready for the proposal or she wasn’t happy he did it on her graduation day.

She could be seem mumbling something to him, and rather than ait for him to fix the ring on her finger, she collected it from him and made attempt to insert it on her finger by herself.