Home Viral News Man narrates how a newly married woman asked him to be her... 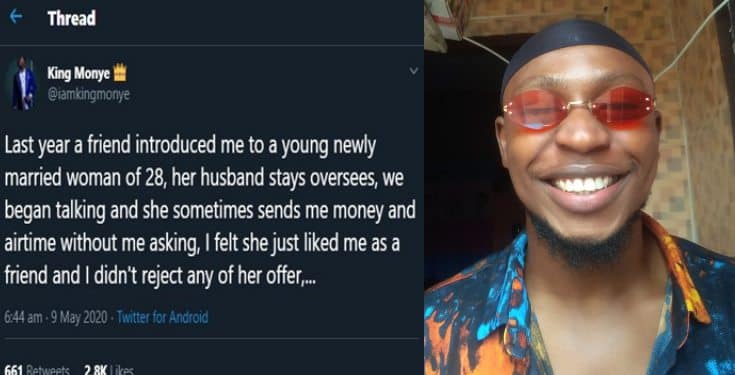 A Nigerian model identified as King Monye, has narrated his encounter with a married woman who wants him to be her boyfriend.

The young man stated that a friend introduced her to the woman whose husband stays oversees.

He added that the woman sends him money and airtime which he accepted because he thought the woman liked him as a friend.

According to Monye, this went on for a month before she proposed to him to be her boyfriend.

“Last year a friend introduced me to a young newly married woman of 28, her husband stays oversees, we began talking and she sometimes sends me money and airtime without me asking, I felt she just liked me as a friend and I didn’t reject any of her offer,… “she even invites me for lunch and dinner in an eatery.

Fast forward to a month after, she asked me to be her boyfriend, I was surprised because I knew she was married and she talks with her husband even when I’m there, she said she would pay me 150k a month, mehn I was just… “confused, I liked her and I enjoyed her company but just as friends.

I thought of the offer but I had to put myself in place of her husband, the word ‘karma’ struck me, I was having mix feelings about it so I told her I wasn’t interested, we cut all ties afterwards. “Each time I remember it, I feel I would have taken the offer but then again what if they do same to my wife. Maybe If she was not married I would have accepted.”, he wrote 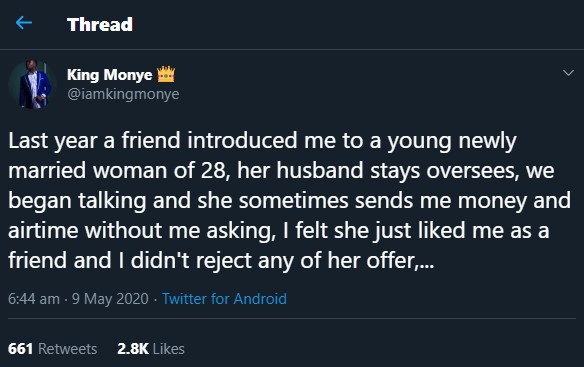 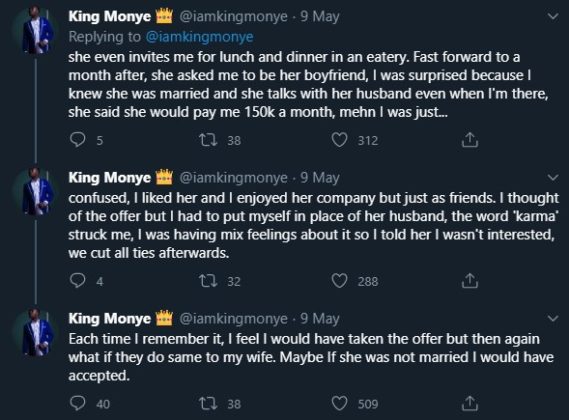