Home Viral News Man nabbed and beaten for allegedly digging a grave in his room...

A man met his waterloo after he was alleged to have dug a grave in his room and attempted to bury his neighbour’s son alive. 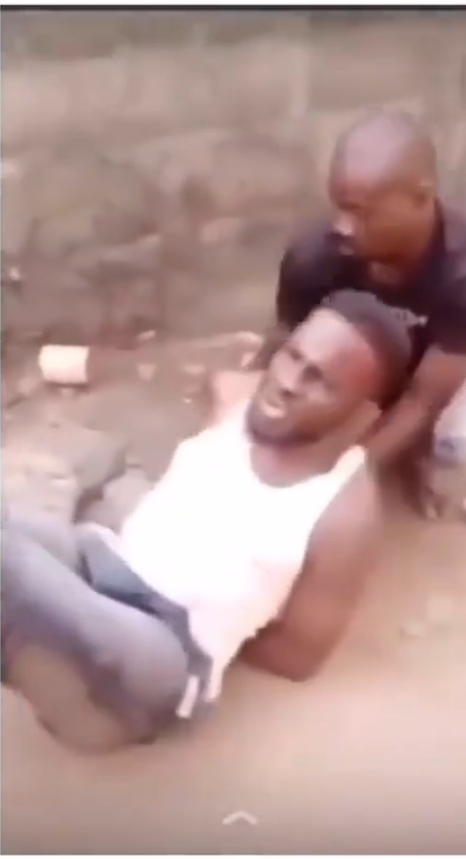 In the video clip, people who intercepted this heinous and evil act captured the grave that was dug by the man in his room.

Speaking in Igbo dialect, one of the persons present said he did it in order to buy a car.

According to the report, the man was caught and disgraced on the 6th of January.

Youths who were displeased by this wicked act had already tied up the suspect in the video and were descending on him.

A commenter who confirmed the incident said it happened at Ubomiri in Mbaitolu L.G.A, Imo State.