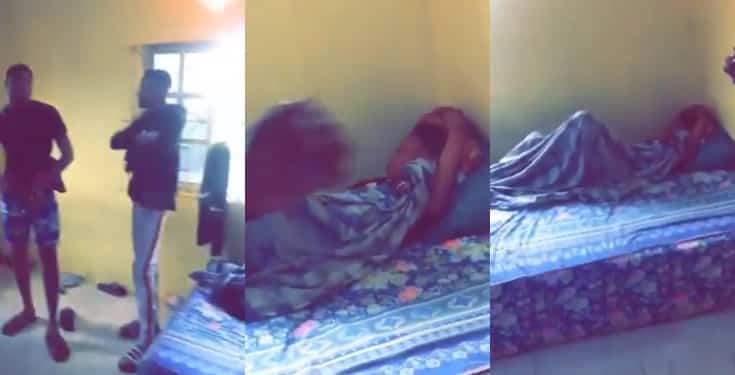 A Nigerian man has met the shock of his life after he walked into his friend’s house and saw his girlfriend who he has been dating for almost 2 years in his friend’s room.

According to report, the girl who was supposed to be in school, ended up being in his friend’s bed.

In the video which has gone viral on social media, the lady is seen lying on the bed facing the wall while the two guys stand in a corner talking about the situation.