A video circulating over the social media space captures the moment a man who was impersonating a nurse in a bid to kidnap a baby at a public health center in Lagos State was caught. 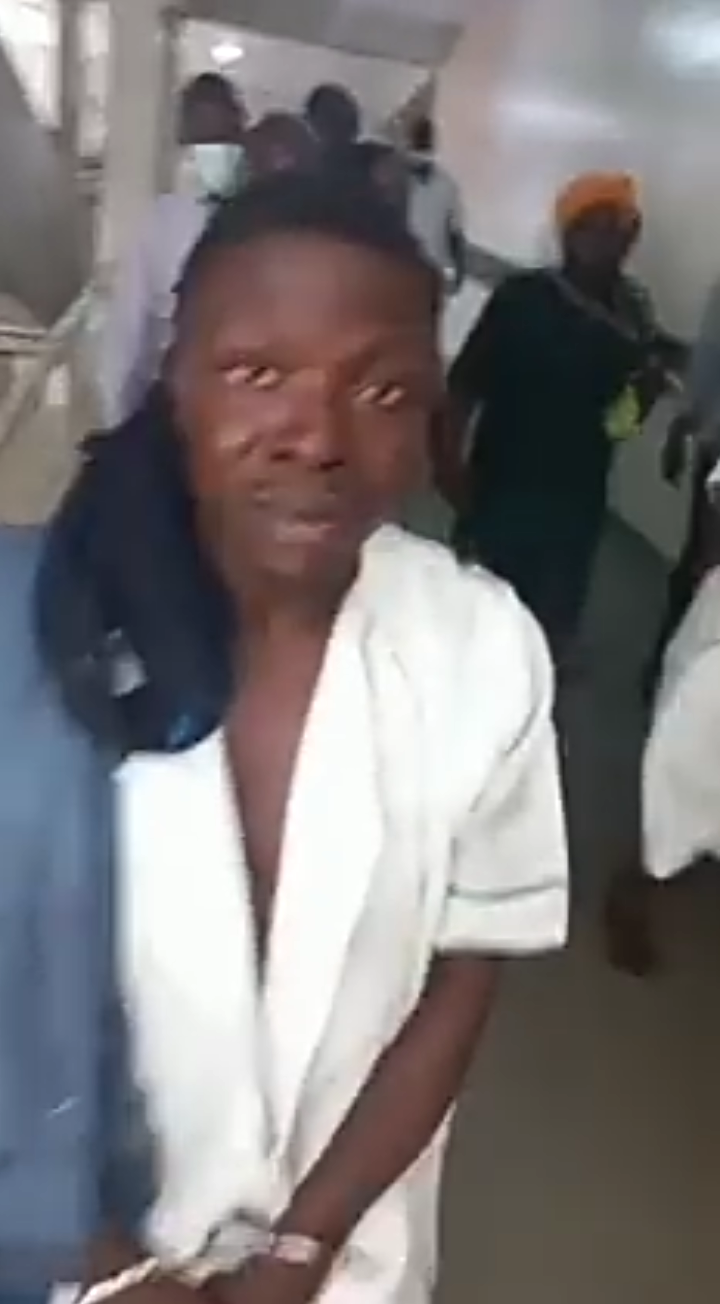 In the viral clip, he was seen wearing a nurse uniform while he was being interrogated by health officials who nabbed him.

The man was escorted alongside some individuals who threw questions at him in Yoruba dialect.

In previous news, popular singer, Harrysong has cried out over blackmail as he gives the public a first hand information about a lady threatening to release his tape. According to him, he has repeatedly paid her but she keeps threatening him with it.