A Nigerian lady identified as Layemi on Twitter has shared a story of a man who cancelled his wedding plans with girlfriend after she poured hot oil on his cousin over TV remote control.

Layemi had engaged in a conversation with the man who is her friend. She was surprised he wasn’t married yet and was shocked when he told her his story.

In the course of their conversation, the man revealed that he nearly got married to a lady he had been courting for five years but he put a stop to their relationship few months before the wedding. 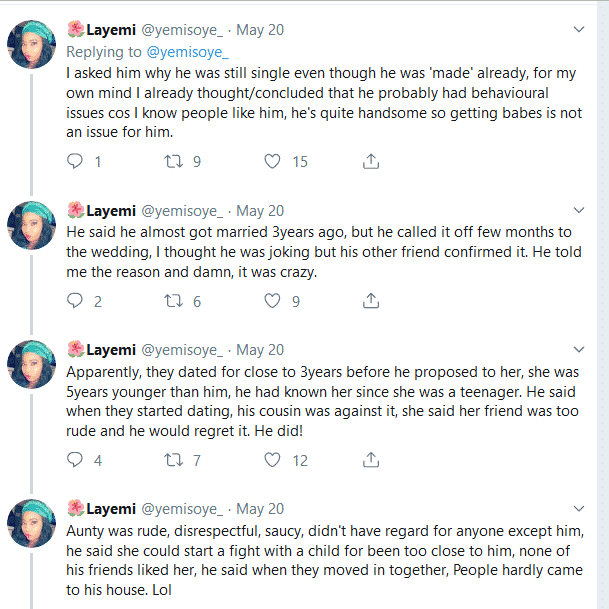 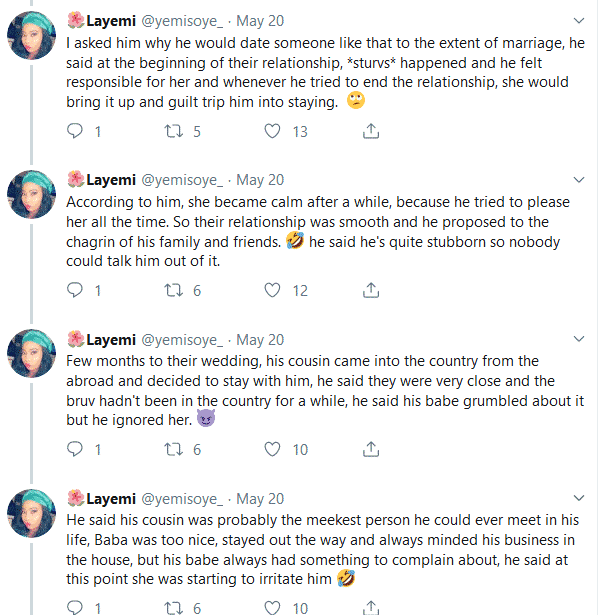 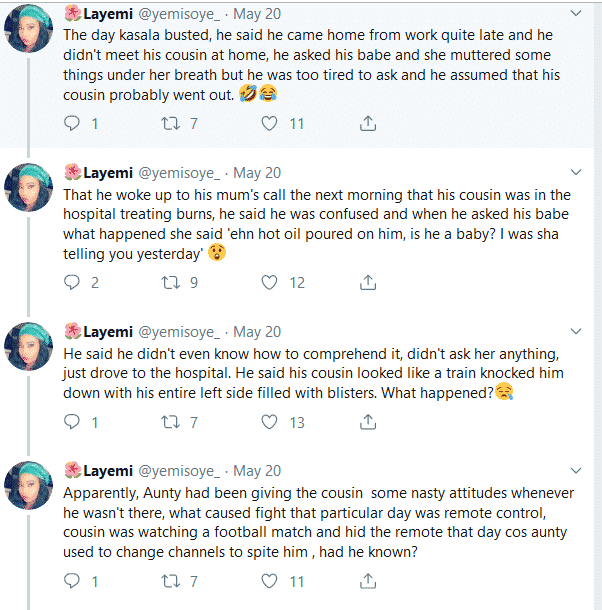