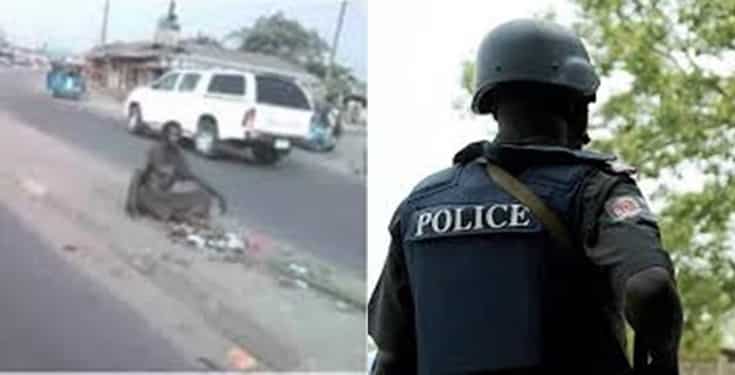 According to reports, the mad man stormed the police station with a cutlass and other dangerous weapons and attacked Sgt. Abu.

The police officer was rushed to a private hospital in the town, but was later transfered to Ido Medical Centre in Ekiti State where he died on Wednesday April 3rd. An eyewitness said;

“I was on my motorcycle when I saw the fleeing man holding a cutlass and a wood. He was wearing a red attire and we followed him. Later, some other motorcyclists joined in the chase and on getting to Taiwo Area, he stopped, dropped his weapons and raised up his hands. It was in the process that he was arrested by the police and moved to the station,” the eye witness, who preferred anonymity, said.

Confirming the incident, the spokesperson of the command, Ajayi Okasanmi, the matter is being investigated