Singer, 2face Idibia has allegedly fleed to the United States from his home in Nigeria after a very nasty fight with his wife Annie, recently. 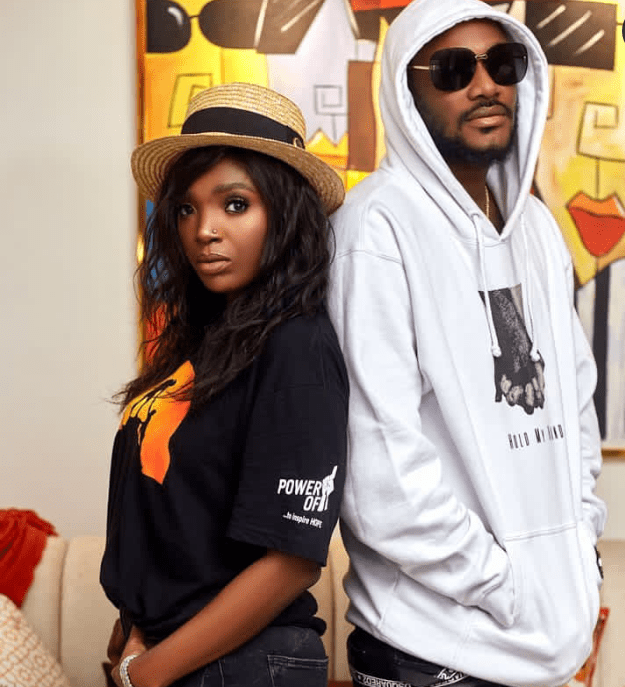 According to reports, the singer took to his heels after a violent confrontation with Annie Idibia that allegedly left some tooth, bleeding out of his mouth.

It appears his management intervened quickly and whisked 2face Idibia off to the U.S to cool off while things are been sorted out in his home. 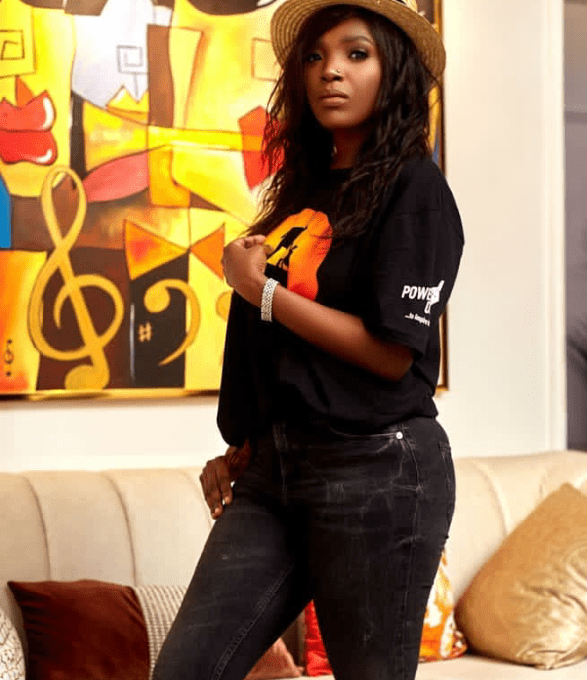 In the leaked audio clip released by popular blogger GistLover, Annie Idibia could be heard lamenting bitterly about her husband’s affairs and the role of his family in it.

See screenshots below for full gist: 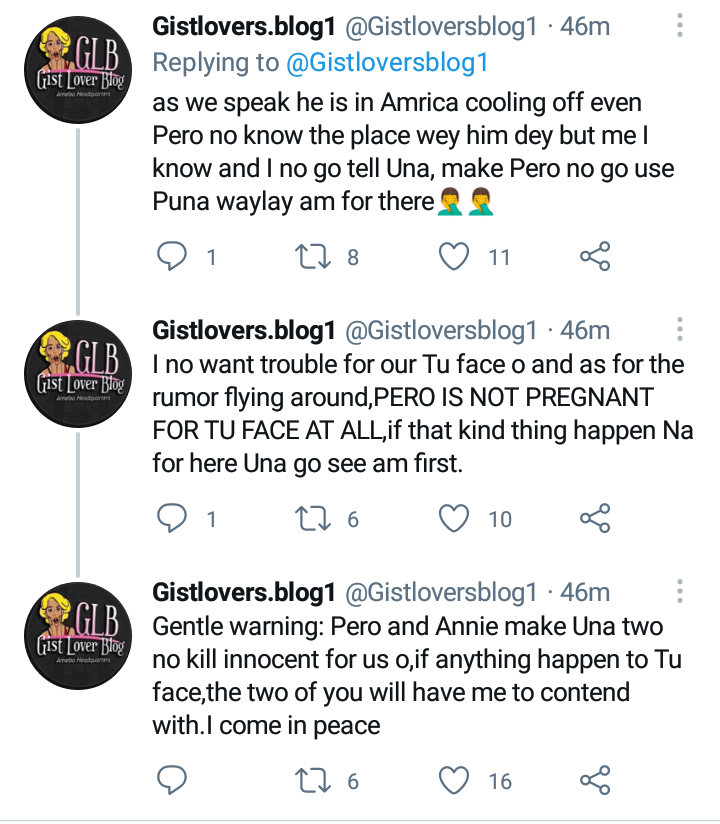 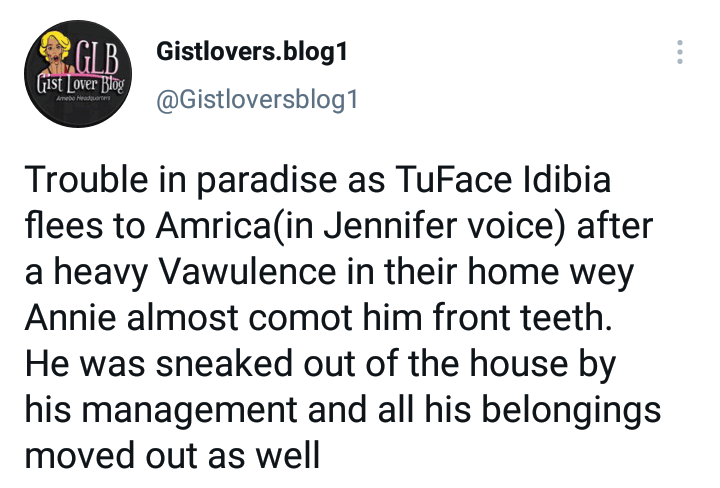 Listen to the leaked audio clip below: