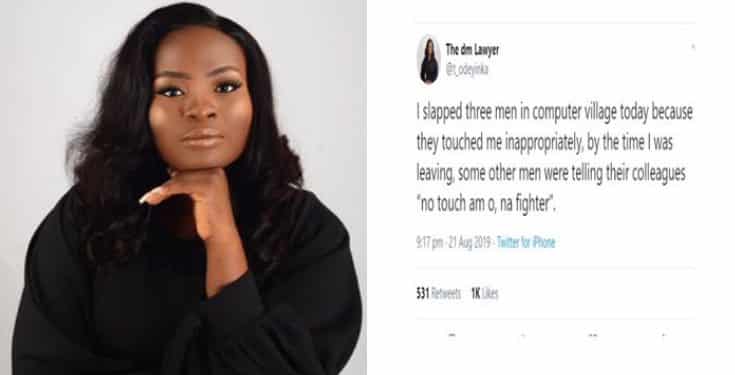 A Twitter user with the handle, @t_odeyinka took to the platform to narrate her encounter with three men at Computer Village in Lagos.

According to the lady, she slapped three men for touching her inappropriately.

She tweeted: “I slapped three men in computer village today because they touched me inappropriately, by the time I was leaving, some other men were telling their colleagues “no touch am o, na fighter.” 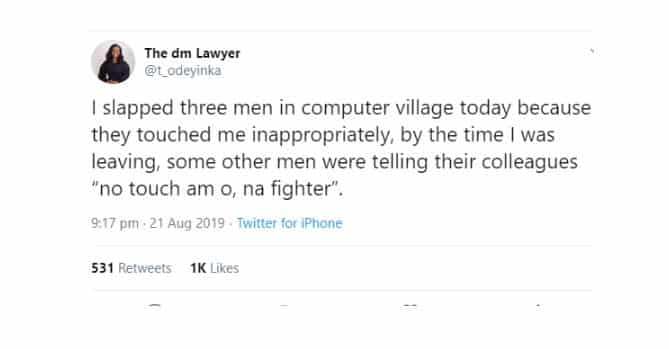 Ms. Odeyinka’s experience comes after concerned women and men organised a market march which saw them go into market places to sensitize traders and explain to them why it’s wrong to sexually harass and slut-shame women in the market places.