A Niherian graduate of law, Ekuma-Ezeogo Fabian Tochukwu has been convicted for defrauding people via a Ponzi scheme; the Economic and Financial Crimes Commission (EFCC) confirms. 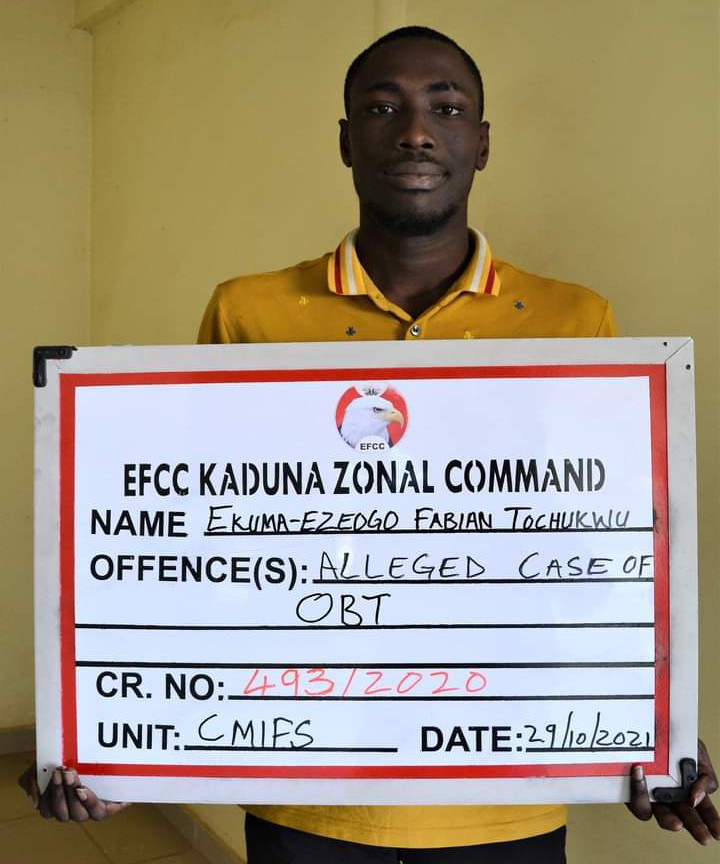 Tochukwu was arraigned before Justice Darius Khobo of the Kaduna state high court who passed him the sentence.

A statement released by the EFCC on Tuesday, March 15, narrates how Tochukwu created a fake Facebook account using the name, Ogboi Ijeoma, to defraud victims.

Further reports say he lured one Duniya Precious Theophilu and her friends into investing N170, 000.00 in an online Ponzi investment scheme called Jian Investment in which he absconded after payments were made.

The amended charges against him reads: “That you, Ekuma-Ezeogo Fabian Tochukwu, “M” sometimes between the months of May and June, 2020, in Kaduna, within the jurisdiction of this Honourable Court, dishonestly misappropriated the sum of N170,000.00(One Hundred and Seventy Thousand Naira) only paid to you by one Duniya Precious Theophilus for Jian Investment, which you promised to give Hundred Percent interest of money paid to you as return on investment, a pretence you knew to be false, and you thereby committed an offence contrary to Section 293 of the Penal Code of Law of Kaduna State, 2017 and punishable under Section 294 of the same Law.”