Home Viral News Lady seeks advice as her soon-to-be mother-in-law urges her to leave her...

A Nigerian lady (name undisclosed) is in need of an advice after her soon-to-be mother-in-law called to advice her on who to marry between her two sons. 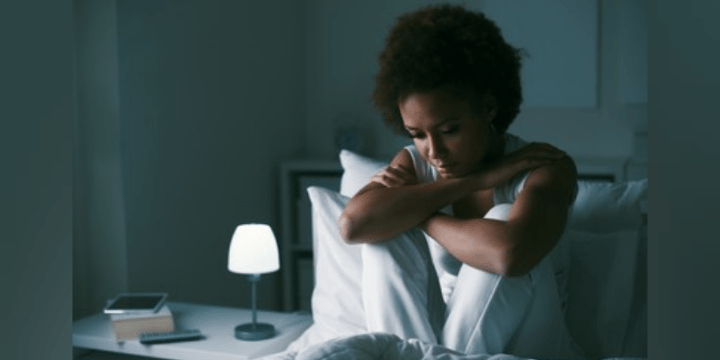 According to her, after her first visit to her, the woman called her to tell her that she won’t regret it if she leaves her fiance for her first son.

She wrote: “My guy took me to see his family for the 1st time day b4 yesterday, everything went quite well during the visit…then I received his Mom’s call in the following evening, and she was asking/urging me to break up with her son (whom is her second son) and marry her other son (whom is her first son).

“In her words “my daughter u won’t regret leaving Sadeeq for Muhammad, infact u will live to thank me for this help I’m giving u now. Goodbye.”

A lot of advices have followed her story, with many opinions calling on her to leave the family for good.

@Celestina Moleni: “Please leave the family…Even if you marry the second son… Having settled down with him,you might start hearing things like”all the sons and their dad have to be having sex with you” Your mental health is key my sis. Beware.”

@Britty Juliet: “Stand your ground for your man if you love him. Reject the mum’s offer and marry your love. She is trying ur love for her son. Don’t leave your man except if you don’t love him. They want to make sure you love your man. Don’t be surprised that your guy is aware of his mother’s proposal .” 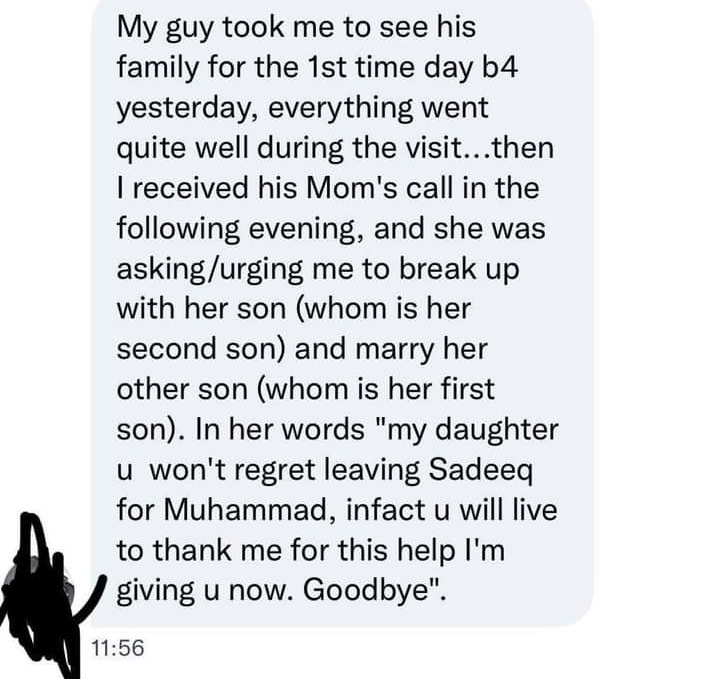