Controversial socialite, Uche Maduagwu, has taunted Seyi Shay for referring to her lover as “some guy” after the lover had bought her an extravagant diamond ring and asked her to marry him, which she accepted. 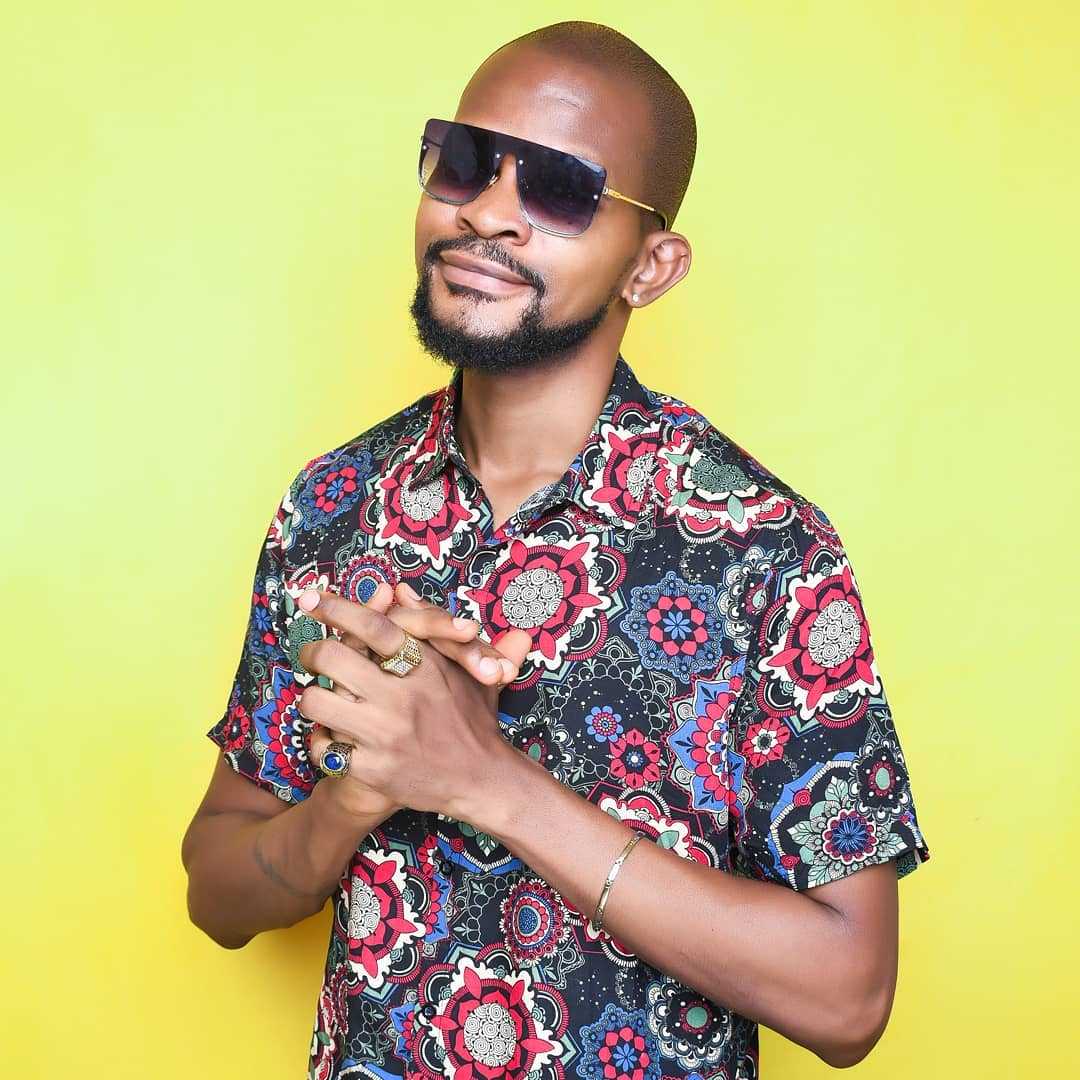 The songstress, Seyi shay, had earlier in an interview, disclosed that she had been engaged with an expensive ring by some guy who had asked her to marry him, which she had happily accepted.

Infuriated by this, the sensitive Uche Maduagwu had called her out, ridiculing her for calling the guy who had bought her such expensive ring as ‘some guy’.

In his opinion referring to the Fiancé who had purchased a costly ring for her as ‘Some guy’ on national radio is a huge disrespect. 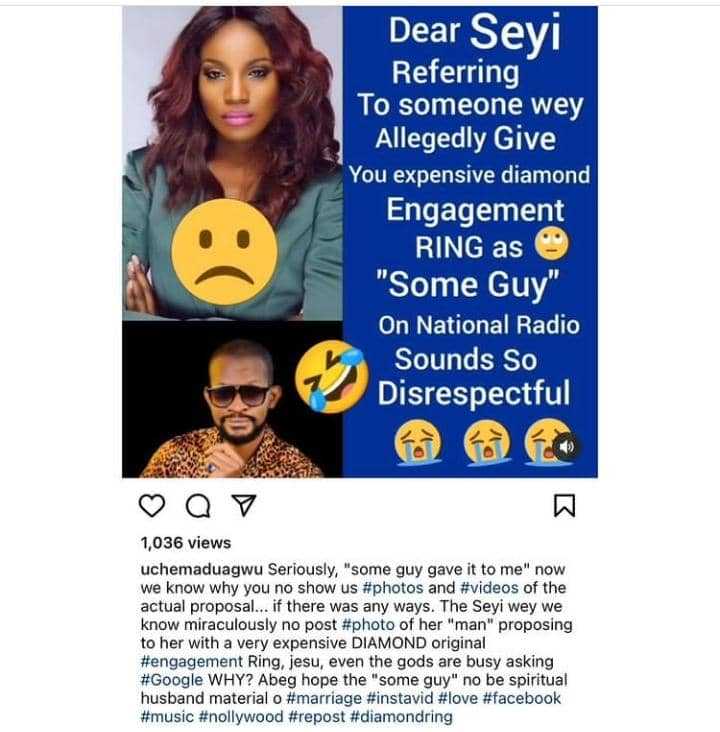