Home Viral News Lady ‘runs mad’ after lodging with a man in a Lagos Hotel... 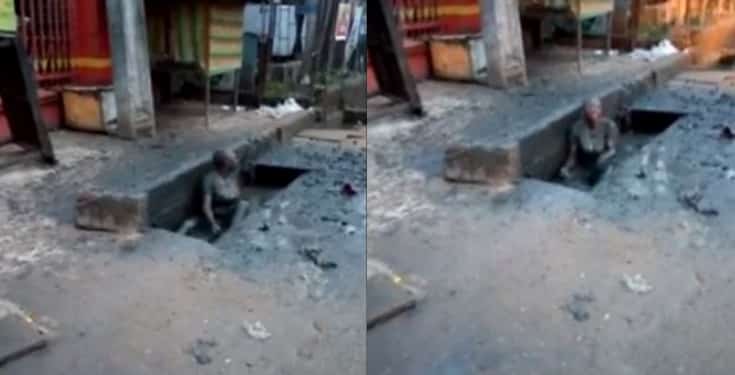 It was gathered that the ugly incident happened after the young lady lodged with a man at New Planet hotel till day break and allegedly went mad, Sunday morning in a huge dramatic display which was recorded on camera.

It was gathered that the lady went mad in the hotel but was chased away by the hotel officials as she continued her public display inside a gutter while making senseless statements as can be seen in the recorded video.

The incident left residents and passersby in shock after gathering at the scene to witness the drama.