Home Life & Style Lady narrates how men at popular market stopped harassing her after she...

Young lady narrates the extent of s3xual harassment she once faced at the hands of men at a popular market in Lagos State. 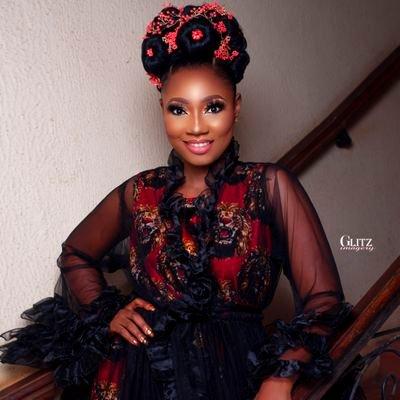 According to a Twitter user, Lolo Chisom Okoligwe-Anagor @Miss_magnolia20, men around the Idumota market are fond of touching her inappropriately anytime she visits the environment.

However, it all stopped the day she declared that she’s getting married; leaving her with questions of why she was not respected as a single woman.

“Before I got married, whenever I went to the drug market in Idumota, I was ALWAYS sexually harassed. I’ve had my butt slapped, my boobs pinched, different married men proposing sex to me and all and they felt they had the right to do so because I needed them as clients.

There was a paradigm shift when I told a couple of men there that I was getting married. They ALL comported. The catcalls, the butt slapping, the nonsense stopped in its tracks. My Question is why did it take me being married before I got respected as a human being.I didn’t deserve the Basic respect of humanity?” 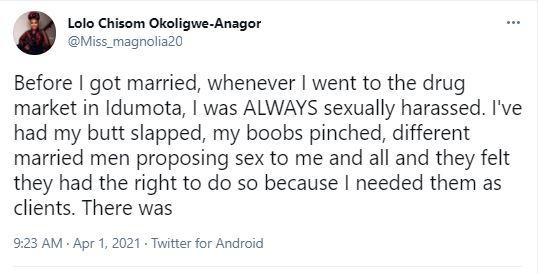