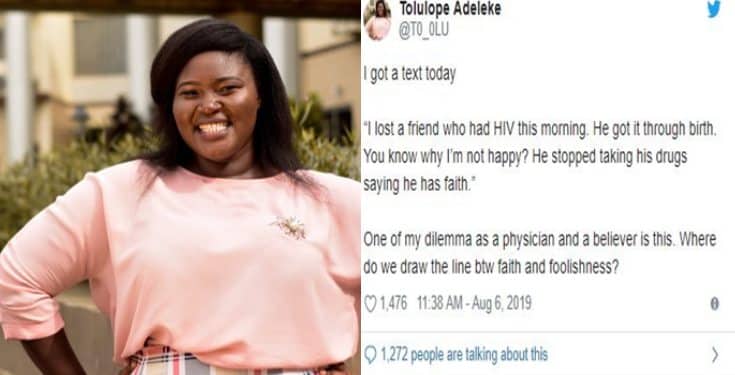 A lady identified on Twitter as Tolulope Adeleke shared a series of tweets in which she spoke about how a HIV-positive friend of hers recently lost his life.

According to her, she was pained not only by his death but by how he died. Tolulope said that this friend of hers died after he stopped taking his medication and embraced the whole idea of strong faith in God.

Tolulope who is also a physician spoke deeply about how she felt the friend’s death was a result of foolishness and not faith. She made references to Biblical characters and tried to distinguish the difference between having faith and being foolish. 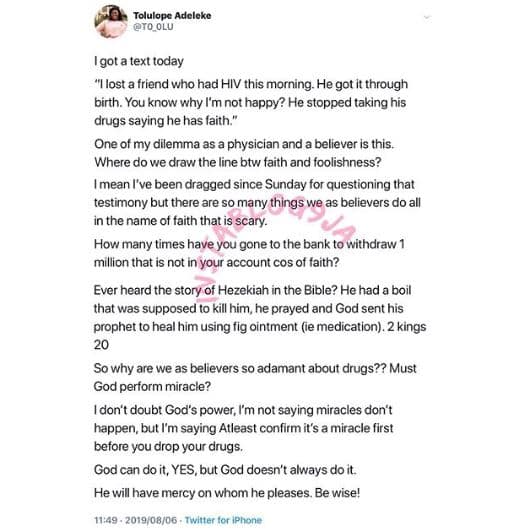