Home Life & Style Lady contemplates divorce after she married husband as virgin only to discover...

A depressed lady is in a dilemma of choice as she contemplates on whether to stay or to leave her 3-month-old marriage. 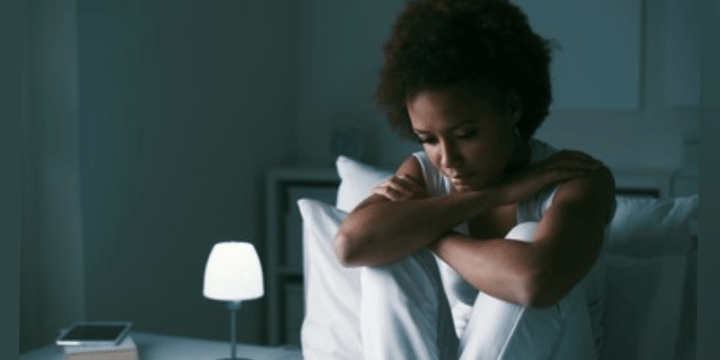 In dire need of an advice, she tells her story of how she married her husband as a virgin, only to discover that he has remained a virgin for a reason.

According to the embattled lady, prior to her marriage she had dated her husband for two years without s3x, and had thought his abstinence was because of his God-fearing nature, only to discover that the man was only trying to hide his private part from her because it was way too small and almost of no use.

Lamenting the frustration in her marriage, she wrote: “My husband is a virgin, never had s3x before and we just got married. Dated for 2 years of no s3x, but I am worried because his p3nis is too too small, I feel cheated and used, I feel he deliberately did it so I won’t see it, I hate him now.

“He can’t even use it, I practically had to teach him how to use it what to do and I am getting tired because it’s very very small, it’s just 3 months to the marriage and I am so frustrated. I want out of the marriage, because I will cheat, I am a s3x person and my ex was so big, married my husband because he was nice and God fearing, I did not know his manhood was scam.

“I can’t be married and be doing s3x toys so don’t suggest that, it’s just 3 months of the marriage and I am already frustrated, anytime he touches me I get very angry. I need help how do I manage a really small manhood like very very small.” 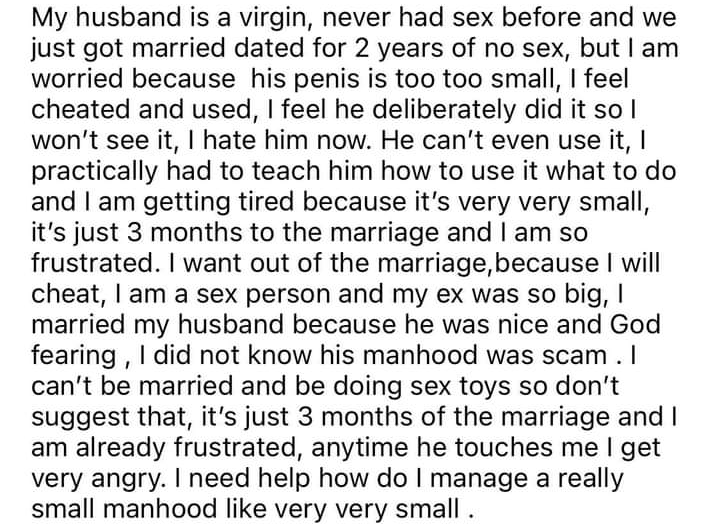