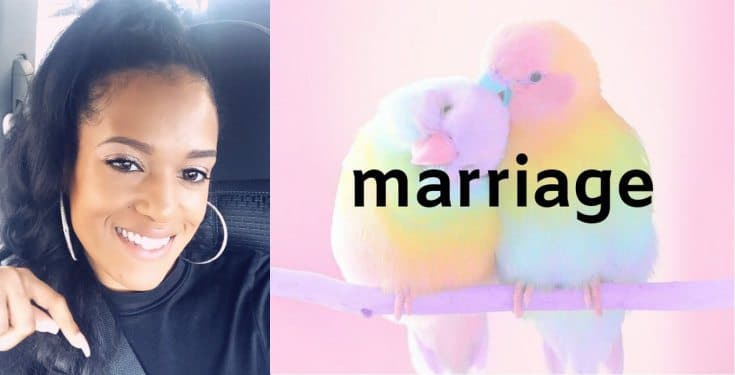 A Twitter user with the handle @saneevanee has sparked a debate on the platform after her controversial tweet on marriage licences.

The young lady is of the opinion that marriage licences should have expiration date like every other state license, to give people the option to part ways or renew.

“Marriage licenses should expire like every other state license, to give people the option to part ways or renew ??‍♀️”, she tweeted

Marriage licenses should expire like every other state license, to give people the option to part ways or renew ??‍♀️ https://t.co/wvtEYkkvjB 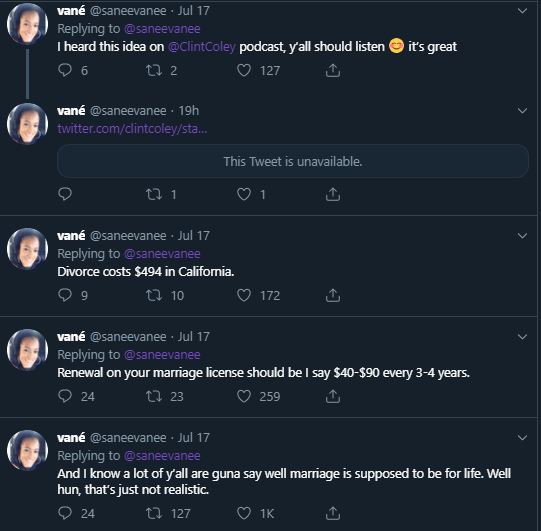 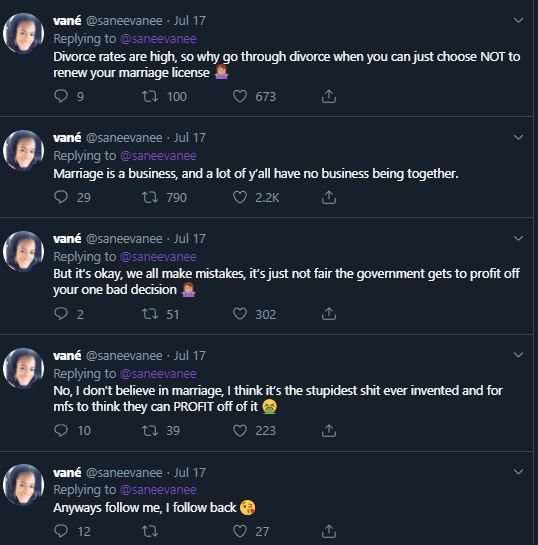 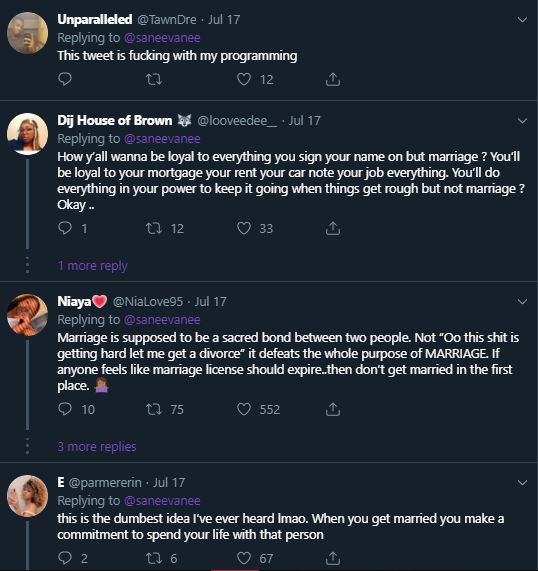 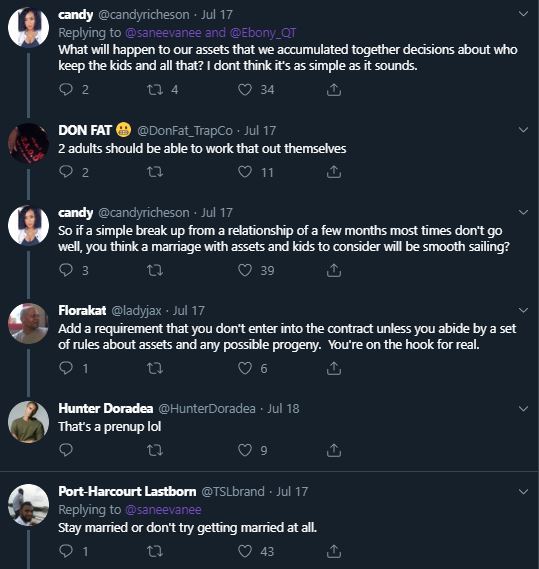 Not meaning to sound contrary but what about the people who actually want to stay together? The state would end up making more money off of multiple renewals.

So what’s the point in getting married if you don’t plan on staying together for life?

That's a horrible idea, just giving couples the opportunity to have more doubts

Marriage Is a Lifetime thing. It's a ' Till death do us part' thing. If you aren't comfortable with that, Don't bother getting married. Simple

Stop getting married if y’all not finna make it last ?y’all paying because you gave up on each other