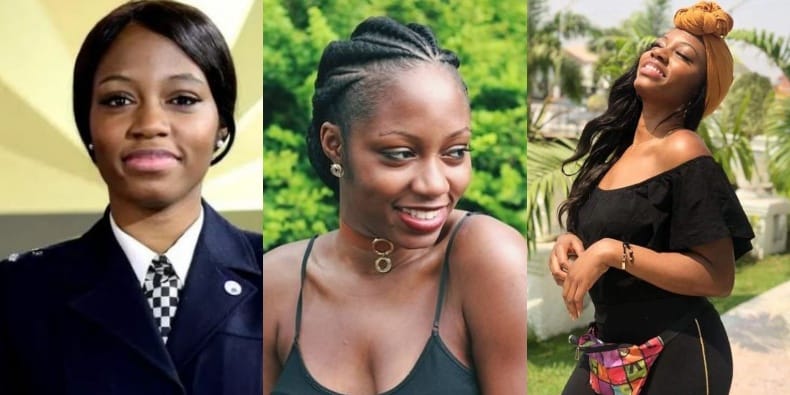 Following Monday nomination show, Khafi, Mike, Tacha and Omashola were placed on possible eviction after receiving the highest number of nominations; Omashola the veto power holder for week 11 had no other choice but to save himself and put Seyi up for possible eviction.

Whether by bad luck or fate both Seyi and Khafi couldn’t have been drawn against worst possible opposition in Mike and Tacha. Going by the streak these two have displayed in the eviction game so far the duo of Khafi and Seyi have as much chance as the proverbial camel going through the eye of a needle.

Seyi was saved, followed by Tacha and that left Khafi and Mike on the hottest seat. Khafi was eventually named by Ebuka as the next evicted house mate.

Big Brother is never asleep. The game goes on and we can only wait for who fame and fortune will visit and who the anguish of eviction will descend on.

Police officer Khafi Kareem believes that you can have it all if you believe in yourself. She is not only hoping to win the prize money but she wants the exposure that being in Big Brother Naija House brings so that she can do societal good. What people don’t know about her is that she is secretly talented in spoken word, singing and dancing. She is an Ekiti native who resides in London.

What irritates you most in other people: When they try to control me or suppress me from expressing  myself freely.

What can make you quit the BB game: If I was forced to something sexual in the Big Brother Naija House.

What will you do with the prize money: I will hire a film crew and host a travel show going to every state in Nigeria showcasing the tourist beauty spots. I would also invest in charitable causes.