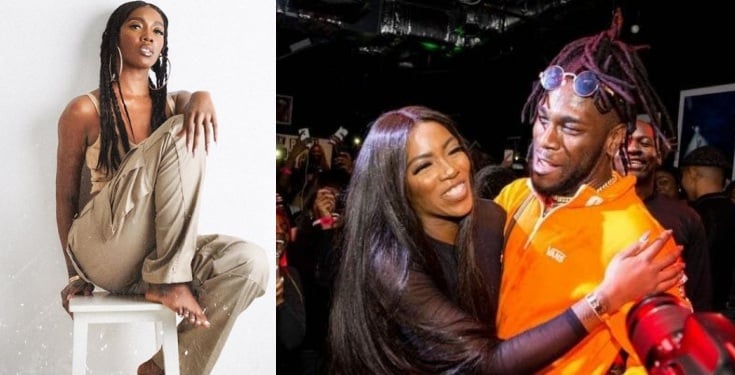 Days after he shared his opinion about the international record deals being signed by artistes, Tiwa Savage has absolved Burna Boy of all insinuations that he was trying to hate on her because of her recent deal with Universal Music Group (UMG).

While reacting to his post in a recent interview with BellaNaija, the songstress said: “I think it’s important for artists to be 100% sure and aware of what they’re getting themselves into, especially when it comes to contracts. .

Burna is 1000% correct. People took it out of context, maybe. It’s a great advice to any artist: make sure you see your lawyers and do your personal research. It took me a year to conclude this deal.

It took that long for a reason. It took a year to convince them that I don’t want this and I want that and this is the reason why. They understood. I feel blessed in the position I’m in. .

I have an amazing deal with UMG and I agree with Burna that while we’re pushing Africa to the World, we need to be careful that we don’t lose ourselves. I think that’s what he’s trying to say.”