Former presidential aide, Reno Omokri has slammed Adviser to the Lagos state Governor, Joe Igbokwe for claiming not to know him. 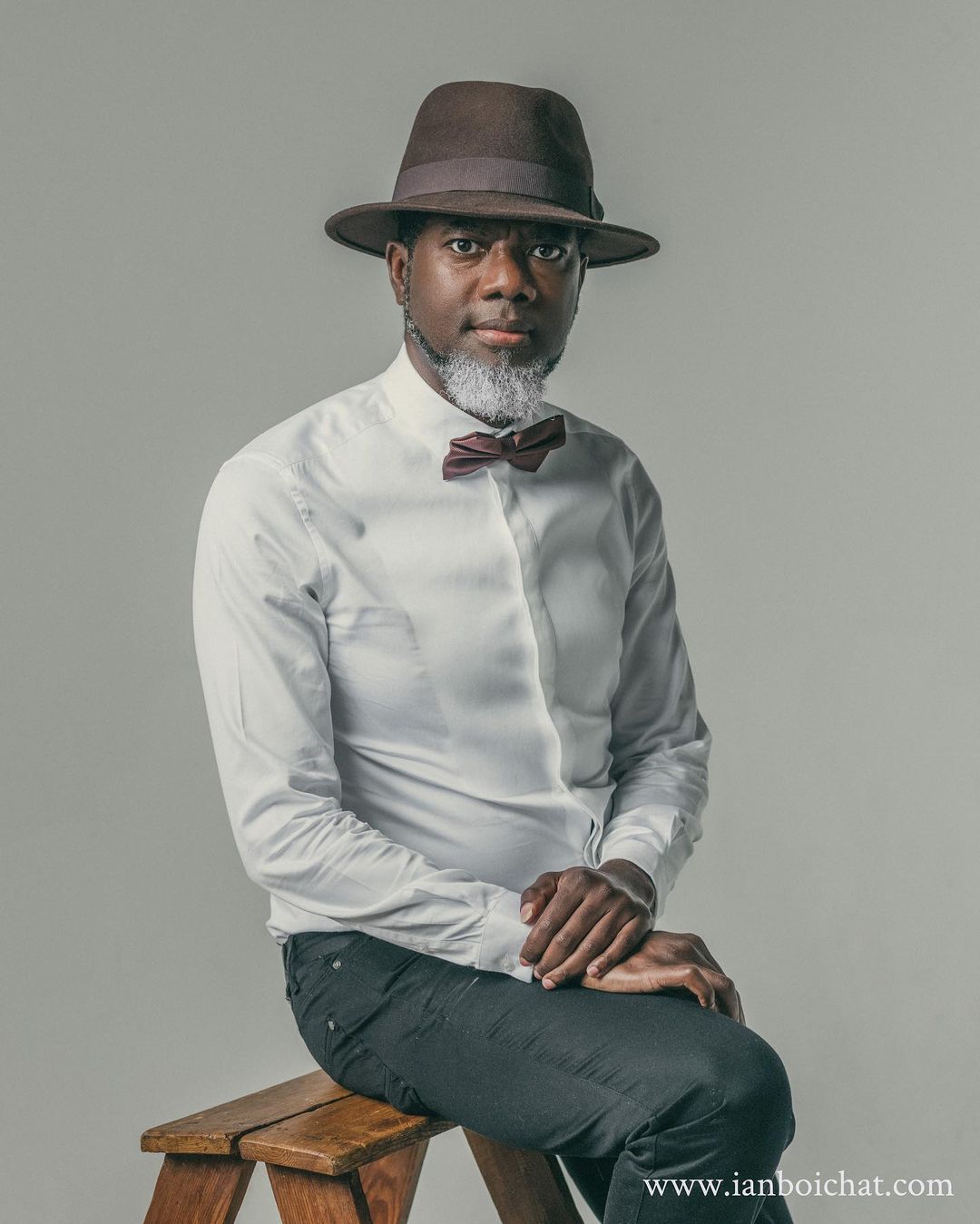 Joe Igbokwe, who is the Special adviser to the Lagos State Governor for Drainage and Water Resources, has stated earlier in a Facebook post, that he doesn’t know of who Reno Omokri is or his pedigree or where he’s from.

However, in a swift turn of events, Reno Omokri has dragged him to filth for saying so, while describing Joe Igbokwe as “Gutter people”. 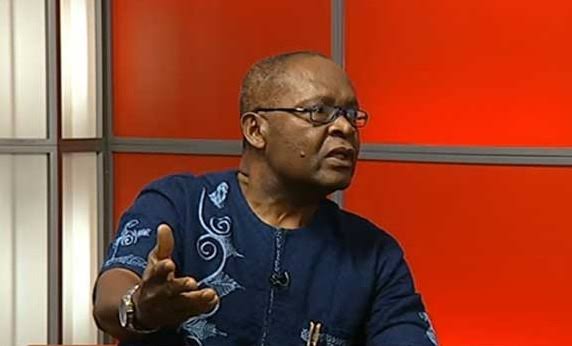 Thank you for your comments. If I am not mistaken, you are the Special Adviser to the Lagos state Governor for Gutters and Drainages. Please find attached a photo of me with the incumbent Prime Minister of the United Kingdom, and another with his immediate predecessor, Theresa May, taken while she was in office. 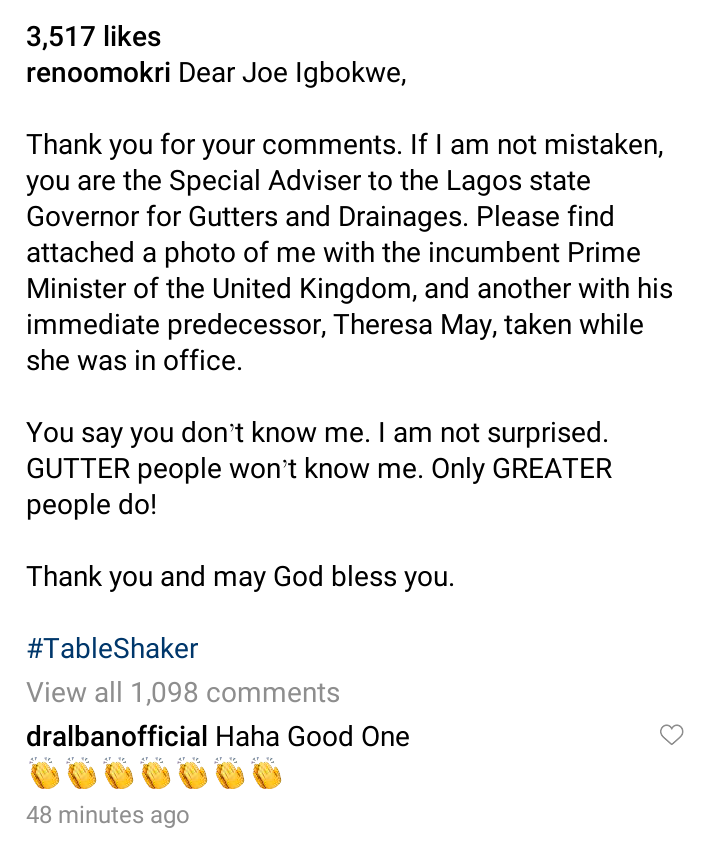 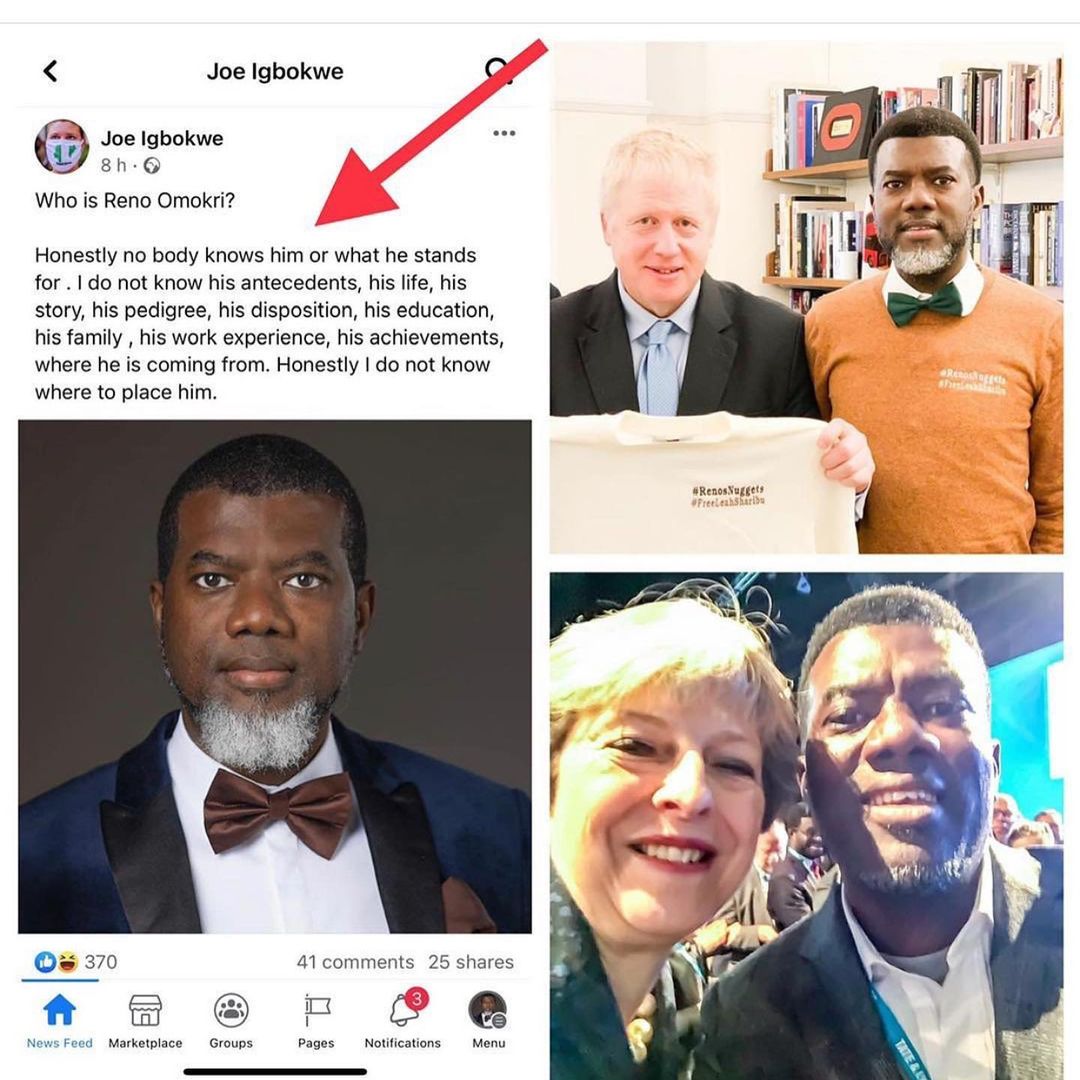